Talk about it in Oregon High School Football

There is always much debate about who the best of the best are. Part of our job as the Regions premier and most seasoned analysts is to report to our National Network who these guys are every year. Big time Universities, college coaches, and rating services rely on the Rivals network and our award winning analysts every year to bring forth the best. And we persist in that task. Today we look at the big boys of Oregon. The guys that are getting it done game in and game out and who have prototypical size to go to the collegiate level. Once again we have just an amazing class of big linemen in 2012 and a tremendous group coming through in 2013. Here is Part One of our review of the premier linemen in the State of Oregon. 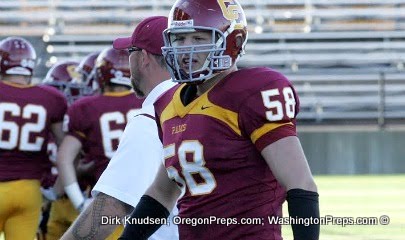 A special young man who has only become a bigger and better version of his 2011 self.  Rated as the #1 old school linemen at the Top Gun camp back East.  He is a power house athlete capable of demanding two blockers and can play O’line or D’line.  He is projected to play D’Line for Oregon and will represent our State at the prestigious Army All American Game.  A 15-20 offer academic minded athlete with all the intangibles.

Another great linemen from Central Catholic and the second year in a row they send an All American to the big game! 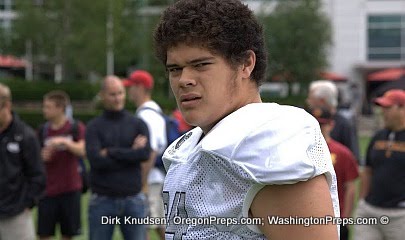 The only linemen that is held in equal regard then Balducci is Seumalo.  A 5 Time Nike Camp MVP Isaac is a two way threat.  He rose in prominence this off season after a stellar Junior year as he dominated camp and combine circuits every where he went.

A technician above all else he is one of the strongest in the Nation and will punish anyone that crosses his path all night.  He just will.  He amassed a dozen offers before pulling the trigger and agreeing to stay home and play for the Beavers where his Dad Joe is the D’Line Coach.  A terrific D’ Linemen it is hard to say where he will play.  To us his consistent ability to own the offensive line make him a natural and there is no way he Red Shirts.  No Way!

Isaac will Play in the Under Armour All American Game. 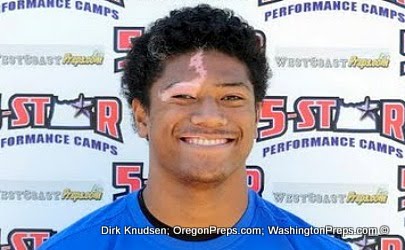 Here is a young man that has quietly gone about his work and done what was asked of him. His Tongan heritage pulses through his veins and there is no quit in this guy once his motor is running.

For the Beaver’s Peter plays Nose Tackle because he wreaks havoc and is unblockable.  But he should be playing quick side Defensive End.  He explodes in que with the movement of the ball like clock work and has the quick twicth muscle you want to see in a player like that.

He can certainly play in the big sky and is amongst the Top 3 athletes we have seen in our extensive analysis in the past year who can make an impact at that position. 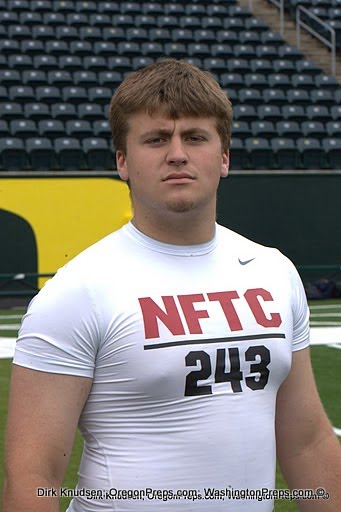 Carl is an amazing student athlete and just committed to Yale!  Wow what a great opportunity for him and he will be a superd representative for the State of Oregon and the West Salem Titans in the Ivy League.

He is a terrific technician and has only gotten better as he has continued to work hard in the offseason.  Great hands and footwork are the foundation for his line play and he executes very very well.

We look for Carl to end up an All State selection and to be one of the best athletes to come out of the Salem area for many years to come.

Best of luck to Carl and to Head Coach Shawn Stanley and the Titans this year. 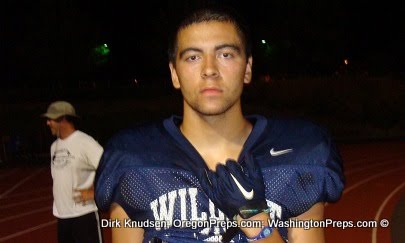 Here is a big raw athlete who is just a stud.  He can play either way and may like the TE spot best but we see big time Linemen in his future.

As he grows he is certain to hit the 280 – 290 mark and will be alluring prospect as a guy who any college could use.  Any of the line positions may be his calling and he has a lot of the same elements of Elisinoa Aluesi from last years Jefferson squad.

Regardless of where he ends up his strength, quickness, hands, and over all nasty demeanor will serve him well he moves ahead.

Look for Sione Kauhi to end up pledged to a D-1 College before signing day gets here in February. 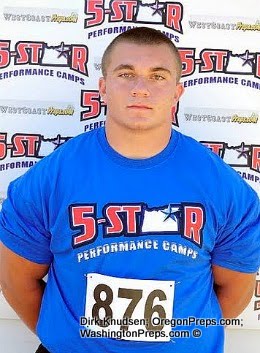 A hero of last years campaign Michael Kluge is the strongest athlete we have seen.  He was very close to the National Bench Press record at 430 pounds.  He legitimately has 21″ arms and if his hands get on you your probably in for a long night.

Michael likes height but that is about all.  He can be a terrific nose tackle or Defensive Tackle for any team and projects best to the NAIA, Division II level.  But make no mistake.  This young man has a motor and a skill set that is par excellence.

We love him and he joins Bryson Sullivan and Brayden Kearsley as a premier linemen in the State of Oregon. 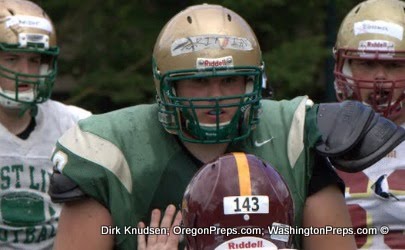 Austin Griffin is a true big man.  He is a power house run blocker and has worked very very hard to turn him self into a really solid pass blocker as well.

He is the biggest linemen in the State in many ways and as he adds strength and conditioning into college he can be very special indeed.

Griffin is sitting on a nice offer from FCS Division 1 EWU and loves that Red Turf so he may just end up playing there.  Only time will tell but joining his team mate Jordan Talley up there is something he has certainly contemplated 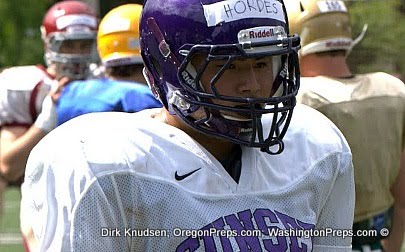 Stephen is putting a great season together.  He is a very well trained linemen who starts both ways and is a hard worker.

He is generating some real interst right now and like many kids he is looking for that first offer.  Not the biggest of the bunch he makes up for with talent what he is  lacking in size.

We like his no quit ethic and his use of his hips to gain leverage over people.

That is something he is really good at.  Watch for Hordes to continue to lead his resurrgent Sunset Apollos under new head Coach Faustin Riley and his staff 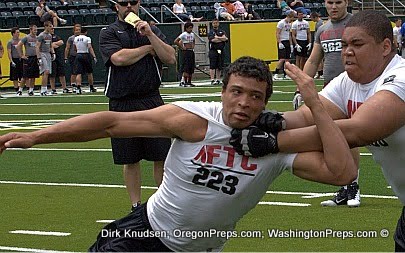 No discussion of Top Linemen can be had this year without talking about Tyrone Holmes.  From down the State in Eagle Point the youngster has really gained the attention of recruiters.

He had very fast regional times in the 110 M High Hurdles and that just fanned the flames for writers like us.  We were the first to cover him and we found all we hoped for in ths agressive athlete who looks to be a threat at DE although he could play TE or maybe even Linebacker.

Holmes has offers from WSU, Idaho, and PSU and is close to OSU too. 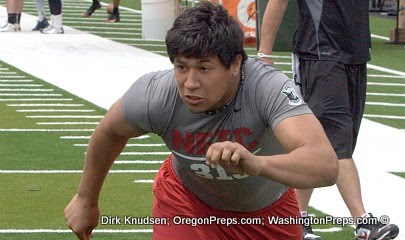 Here is another small school talent.  Best known outside his home town for his accomplishments as a hooper he is better suited for football.

He can jump, run, blcok, catch, and has fast feet.  We have seen him as an O’Linemen and TE but he looks like a natural at the strongside Defensive end spot.

Eastern Washington and Portland State have both offered Craig who is a student athlete and alos very close to the OSU Program. 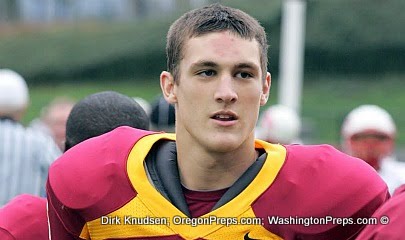 Nall is the other book end at Central and he and Balducci give opponents no way to get outside most nights.

Jacob is a high motor guy.  He plays agressive football in a violent manner and that and his lean muscle mass is what coaches seem to like most.

He is quick and explosive and a great leaper.  We have seen him bat down countless balls and really make trouble for teams on Friday Nights.

Idaho and PSU both agree and both have offered this talented young Ram.

Look for Part Two of Oregon’sTop Linemen Next Monday after the weekend Rush!

JOIN US EVERDAY AT OREGONPREPS.COM