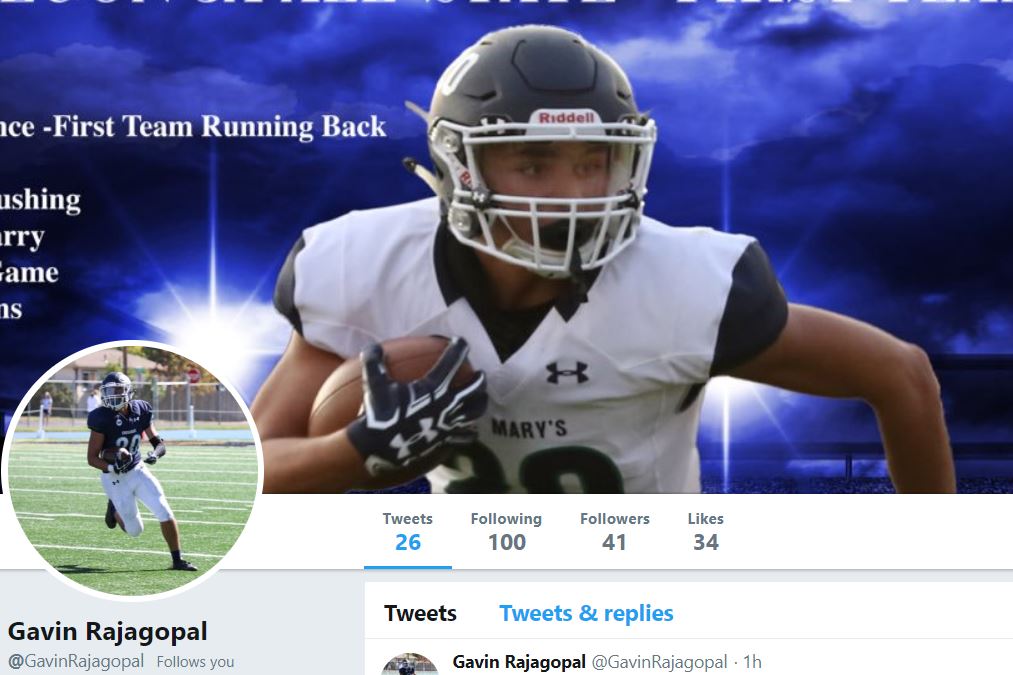 416
SHARES
ShareTweet
Get The Latest

He had 4,782 yards and 50 touchdowns in his high school career at St. Mary’s High School in Medford but he still has just 41 Twitter followers.  He has no offers and is barely on anyone’s recruiting radar.  But RB/ATH Gavin Rajagopal is no fluke- he is that big-time talent who coaches go looking for every year as recruiting turns to the homestretch.  I am stating emphatically for the record right now that this guy can be an All American at most levels and can compete with the best at any level. Gavin is a solid 5’10”- 190 pounds and checks that collegiate football recruiting box!  His stats are insane- he basically puts up a first down everytime he touches the ball.  His skill set is not lacking anything.  I would have a hard time telling you his strength because he can do it all.  The one thing I will say is that I have never seen a film where 1 player can simultaneously freeze an entire defense.  His freakish ability to stop at full tilt going in one direction and immediately fly in the other is perhaps his strength.  There are not enough braces in Medford to fix up all the broken ankles Gavin caused.

So let me not lavish any more accolades on him.  He did the work we preach and created a 10 Play Super Highlight so let me just embed that and tell you coaches to feast on it.  I’d recruit him guys- regardless of your level, this guy is a #dude.  He is one of the best offensive threats I have seen in quite some time.  Great work Gavin, I know you will find a home at the next level!