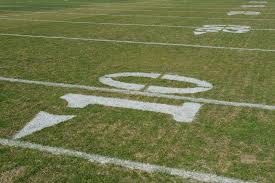 A Look At The Not So Distant Future: High School Football On The Ropes

A Look At The Not So Distant Future: High School Football On The Ropes

It’s late September and it’s another glorious night in the Pacific Northwest.  Your glad to be back in town after so long and the smell of leaves burning is in the air.   That means it’s Fall and that means Football!

You decide that your going to head down to the Local High school where your boy played a few years back.

What has it been 8 years since they finished that 10-2 season loosing in the Quarter Finals?

Man that was a great run for a bunch of kids no one expected much from.

You coached a little youth ball and put in the long hours to make the difference for your kid Jack and his pals and those years leading up to his Senior year are the best you can remember.  Back when the family was still together.

Jack is off  now on a tour of duty in the Middle East for the Army.  Something his own life had mapped out for him.

And you’re a little melancholy because it has been a long while since you saw him or heard his voice.

You are really missing that big kid that raided your fridge or just yelled “Feed Me” and brought you dirty football gear when he had the strength .  On most days you went and picked it up off the floor of the bathroom because he had to eat and hit the books and then try and sleep so the pattern could be repeated over and over.

Going back there to see Coach Smith and anyone else you might remember was going to seem odd because you had not been back to Panther Stadium since that final down.  Some how without Jack it just did not seem right to go alone.

But tonight you wanted to go back as your work has had you over seas for almost 4 years and too many things have changed since you left.  Everything seemed different somehow now.

But Friday Night’s would never change.  The Kids, the Crowd, the boosters making those burnt burgers with just a touch of melted cheese.

Ah yes!  Just what you needed to feel normal again.  To feel back at home!

You figured you’d go in a little late.  Lay low and sort of mingle in the crowd and or sit in the end zone; a spot where a lot of the parents of alumni used to sit when Jack was playing.

Maybe that would be best anyway because when the Panthers are playing it’s a crowded house.  And tonight is the same night every year they have homecoming and Rivalry game against Sexton; a game no true Panther would miss.

You can still remember the day…Friday September 28th like it was yesterday.  That was the game Jack had finally realized he was big enough to take on a double team and win.

He had sacked the QB in the waning moments of that one to secure the win.  A moment you got to share with he and the crowd of hundreds of mobbing fans that had rushed the field.  So you never forget the day or the fact they replay that game every year in a tradition as old as the town and the game itself.

Tonight was a 7:30 kick off and at 7:48 you rolled up.  The first thing you notice is there is plenty of parking.  Did you mess up the Schedule?  No the lights are on and there are players on the field.  So you pull up and take a prime spot just off the end of the field in the North parking lot.

Getting out you notice the gate is open and there is no one charging for tickets.  You move on to the track and head to the end zone.  Looking around you wonder if this is a JV game?

No.  Those guys are too big you think.

As you approach the bleachers there are 5 or 6 people in the 6 rows that span the end zone.  Only a couple hundred people in the whole place.  And what are these colors?  Red and Blue?  Green and Black?  Well the Panthers always wore White and Gold.  And Sexton was known for a Crimson and Silver.  Something is wrong.

“Did the Panthers change their Jerseys?  I don’t recognize them out there,” you ask the old-timer sitting to your right a bit who is staring blankly onto the field.

“Panthers?  Oh no this is the Marauders and the Venom.  Wait Panthers?  Panther football?  No sir they got rid of the team about 3 or 4 years ago,” he replied with a stern glare.  ”Did you not hear?”

“Hear what?  Wait got rid of the team?  What the hell do you mean?  Who are these teams?  What towns are they from,” you respond in disbelief-belief and sudden anger.

“Well you see things got too expensive and risky for schools I guess.  It started about 6 years ago when a young man was killed on the field from a vicious hit to the head.  That led to a real mess and a legal case.  Too bad too because he was a great kid and the jury found the school district liable as his gear was old and not maintained and he was playing hurt they said.  They canceled football after that and several followed  them.  Especially in the small towns,” he offered with a softness to his voice. “It was a real tragedy.”

“I have been away.  I did not keep up or hear about this,” you reply.

“And then there were AAU Teams taking all the talent off to a Private league.  That is when it all went down hill for the local schools,” he replied.  ”Once the top talent was gone it was hard to compete and kids started getting beat up.  Insurance and Liability and these new leagues….well the   Board of Education shut it all down.”

Now you felt like a chump who was the last to know.  Was this real?  Could this really be happening? From the end zone you can see a lot and have time to think too. Now is a time for us all to do just that.

“What happened to Coach Smith and all the Coaches that were here,” you ask.  ”And who runs this League now?”

“Coach Smith retired and then his health went down hill.  I think he might be hanging on but I have not seen him here since the shut the team down. He fought it like hell and they tried to get him to get on board with this new AAU League but he did not want to.  Said he hated the idea,” said the old-timer.  ”The rest of the guys left.  So any of our kids from here that want to play have to go over to Derry and try out.  The team is based out of there for our Region.  And some of the boys drive 45 miles to get there every day.  It costs so much money I heard most of the poor kids can not afford it.  Unless they are really good.  Then the team has “sponsors” for those kids.  But most of our kids were cut.  You might find two or three of them out there tonight but that is about all.”

Shocked you get up to leave.  Your blood is boiling and you can not believe that this has happened.

“So why are we letting them use our fields?”

“It is in the geographic center between the home city these two teams are based out of and we need the revenue.  Once the football program shut down the stadium started to fall apart.  So they pay a decent amount to use the place.  In fact they play year around and have three élite teams in each program which is run as a Corporation.  They really sell the kids and parents on the fact they can get them a scholarship or some damn thing,” he concluded.  ”I have not seen that to be the case from what I have read.  There are some good kids out there.  But it will never be the way it was.”

“Year around?  Good lord my boy Jack was 6 months a year and took a beating.  This is just bad.  Really really sad,” you offer your heart in your heels.  ”So tell me old-timer.  Why are you here?”

“Me?  Well anymore it’s the only game in town.  And I have a lot of memories here.  I played here you see in ’50 and ’51 before I went off to Korea.  So I watch.  That’s about all.  It’s hard to cheer much for a bunch of strangers from 15 different schools.”

“You know how,” he questioned.

And there on the chest right above the number 7 was a Patch.   “1951 State Champions” it said.

Leaving you lock eyes with him for a moment as a Touch Down is scored behind you silently without applause.

With that your return to the car and leave at high-speed.  This town you now know will never ever be the same.

Driving off you think of Jack as a tear streams down your face.

Editors Note:  High School Football is in trouble.  And while so many of us are immersed in our own kids lives these changes are already happening.

Join us this week for our continued discussion on the End of High School football, Friday Nights, and if we can do anything about to stop it.

Kendrick Bourne Born Again At Milwaukie
Riddle Me This: How Good Can Sam Be?