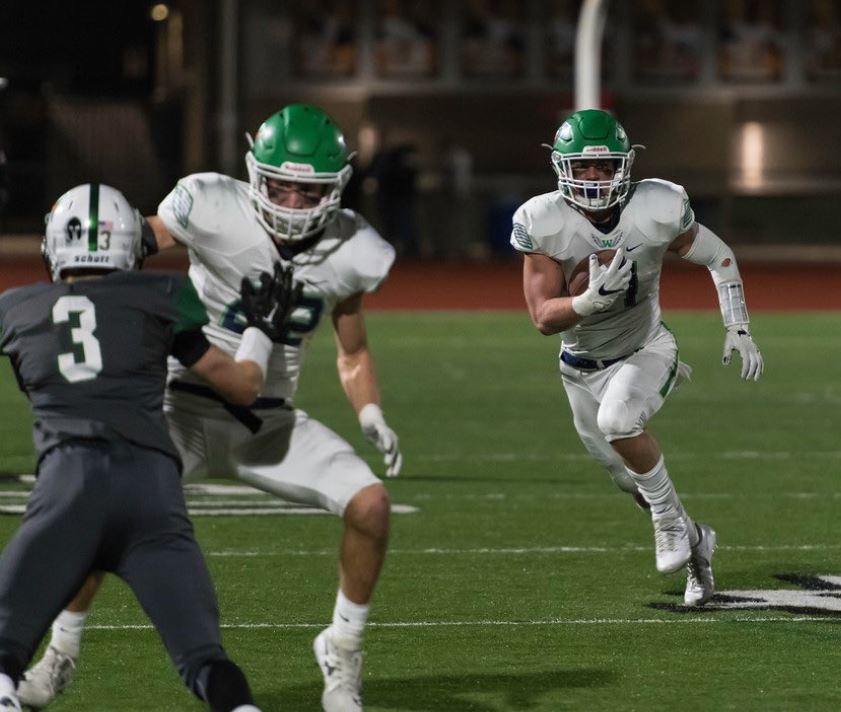 Boy, the hits just keep on coming – and so do the Touchdowns as we watched the Senior tape of Brett Accimus of Woodinville.  The 6’0″- 200 lb RB/Safety/WR was one of the key Seniors who led his team on and off the field all the way to the Tacoma Dome and a State Championship appearance.  Coming up just short (28-21 Final) the Falcons left it all on the turf but could not repel Richland who won the Title this season. The body of work left behind by Accimus looking back on 2017 is captured in 3:28 of film that we have posted below.  This season he went off for 1,100 yards rushing and 12 TD’s and added another 200 through the air with 3 more trips over the goal line.  His speed is that of a sprinter and his ability to run between the tackles admirable.  He has terrific body control and can power up from a dead stop to a fell burst like a Tesla car.

On defense his work is textbook.  As a tackler, there is nothing left to teach this kid.  He always wraps up and he always explodes his hips and finishes the job.  This is also not a guy you want in the passing lanes at all.  He is a ball hawk and much like his teammate Nash Fouch is one of the best in the business.

Accimus is student-athlete colleges would be lucky to have and worth of a look.  Regardless of level this young man is going to go on to be a difference maker for some college or university.  He is a real Pacific NW talent and a sleeper of a recruit that someone should make a move on!

Best of luck to Brent Accimus and all of our Seniors in the Class of 2018.