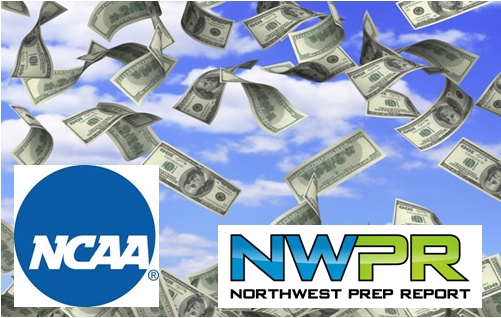 Can The NCAA Drain The Recruiting Swamp?

Can The NCAA Drain The Recruiting Swamp?

New NCAA Rules Try To Drain Recruiting Swamp   President Trump surely has not drained the swamp in DC but maybe the NCAA can do a better job this time.  In another move to clean up recruiting the D1 Council passed some new regulations today.  Some of these are pretty darn good ideas we think.  But will they affect recruiting and the stability of the process and the game?  Let me weigh in on these changes in order.

• The new rules Change the recruiting calendar to allow for an early signing period in December (effective Aug. 1).   Final rules pending on this one but it sounds like there will be a 72 hour period to allow for our high school recruits going D1 to lock down early and make it official.

• The New Rules add a period for official visits that begins April 1 of the junior year and ends the Sunday before the last Wednesday in June of that year.

• The new rule prevents Football Bowl Subdivision schools from hiring people close to a prospective student-athlete for a 2 year period before and after the student’s anticipated and actual enrollment at the school.

• Football Bowl Subdivision schools are limited to signing 25 prospective and current student-athletes to a first-time financial aid agreement or a National Letter of Intent.

• The Rules allow coaches employed at a camp or clinic to have recruiting conversations with campers at camps and clinics and requires educational sessions at all camps and clinics detailing initial eligibility standards, gambling rules, agent rules and drug regulations (effective immediately).

• It allows all FBS schools to hire a 10th Assistant Coach.

• The Rules limit the time for FBS coaches to participate in camps and clinics to 10 days in June and July and requires that the camps take place on a school’s campus or in facilities regularly used by the school for practice or competition. Staff members with football-specific responsibilities are subject to the same restrictions. The Football Championship Subdivision can conduct and participate in camps during the months of June and July (effective immediately, though schools may honor contracts signed before Jan. 18, 2017).

Decisions are not final until the close of the Division I Board of Directors meeting April 26 and the Collegiate Commissioners Association also has to approve the early signing period.

We do not recommend paying for any Satellite Camps until the Smoke Clears after April 26th.

EDITORS NOTE  Last season the NW Best Showcase was held in Portland, Oregon and had some 20 D1 Schools and the NWEFC Camp was held in the Seattle area with many D1 Coaches too and both Camps were on the same day.  This year they are both on the same day too.

WE RECOMMEND TO ALL PARENTS, HS COACHES, AND ATHLETES – DO NOT SIGN UP FOR EITHER CAMP UNTIL THEY DECLARE WHAT SCHOOLS THEY HAVE AND WHAT CHANGES THESE NEW RULES WILL BE ADDING.

NWPR will verify with the schools who is attending the camps.

read More on this matter here