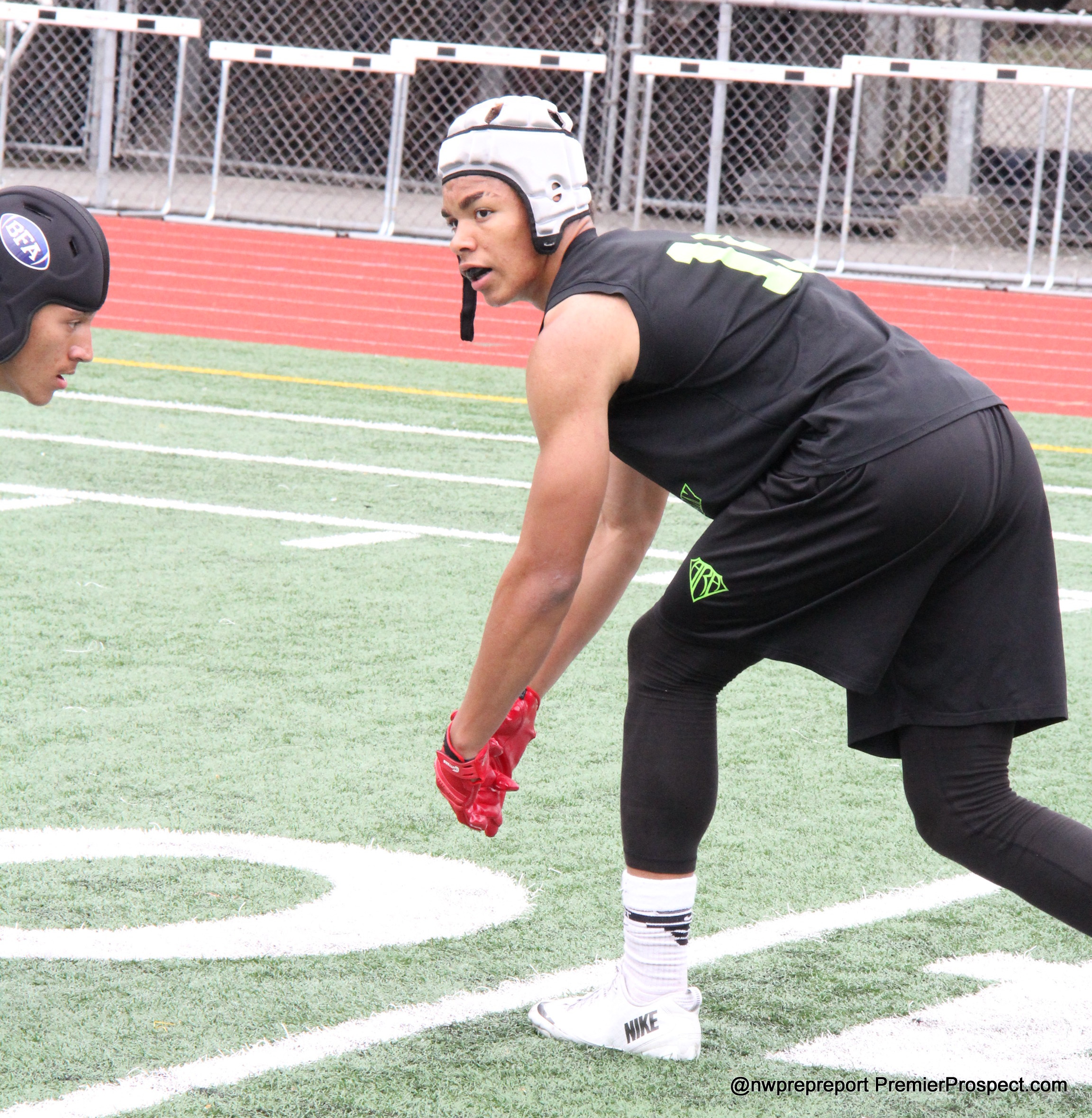 One thing I learned a long time ago is that many top athletes who have offers can be over-hyped.  What I mean is that they are not as dominant as advertised once the opportunity to see them live comes along and it is often because certain “media” types have overblown them.  Going into the Battle for Seattle event this past Sunday we took a span of the field and began to evaluate the athletes. 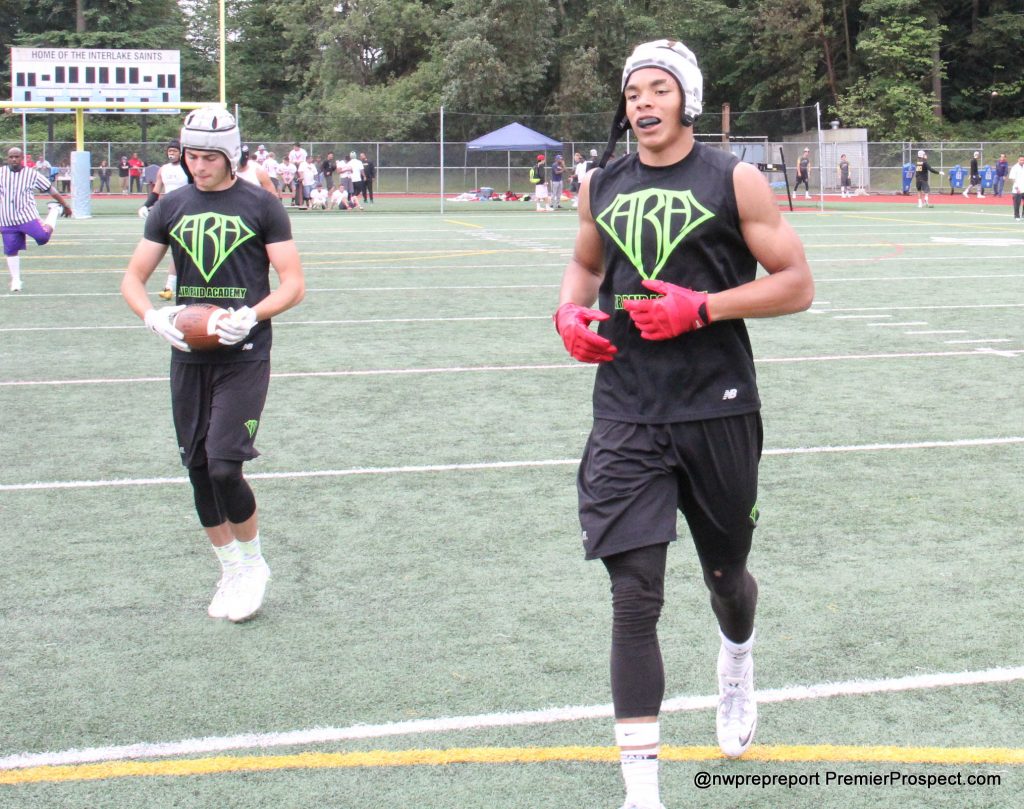 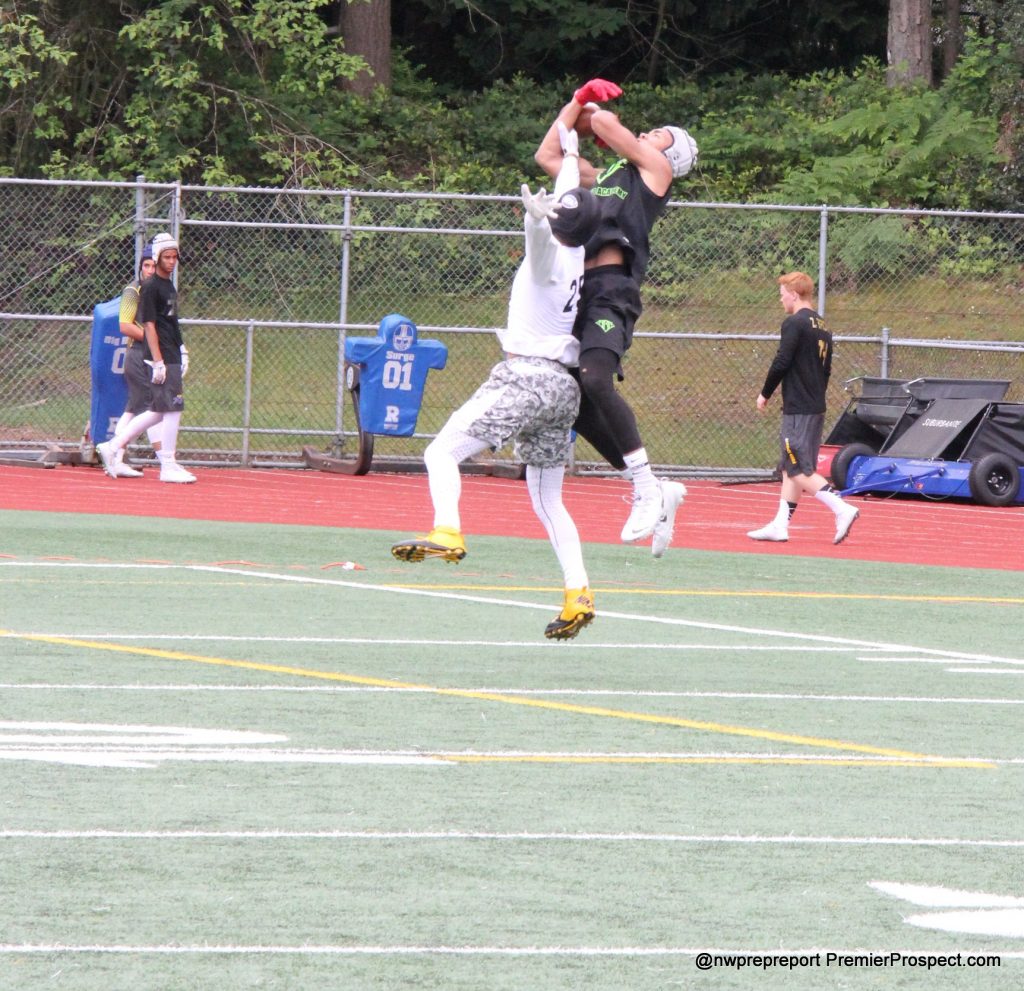 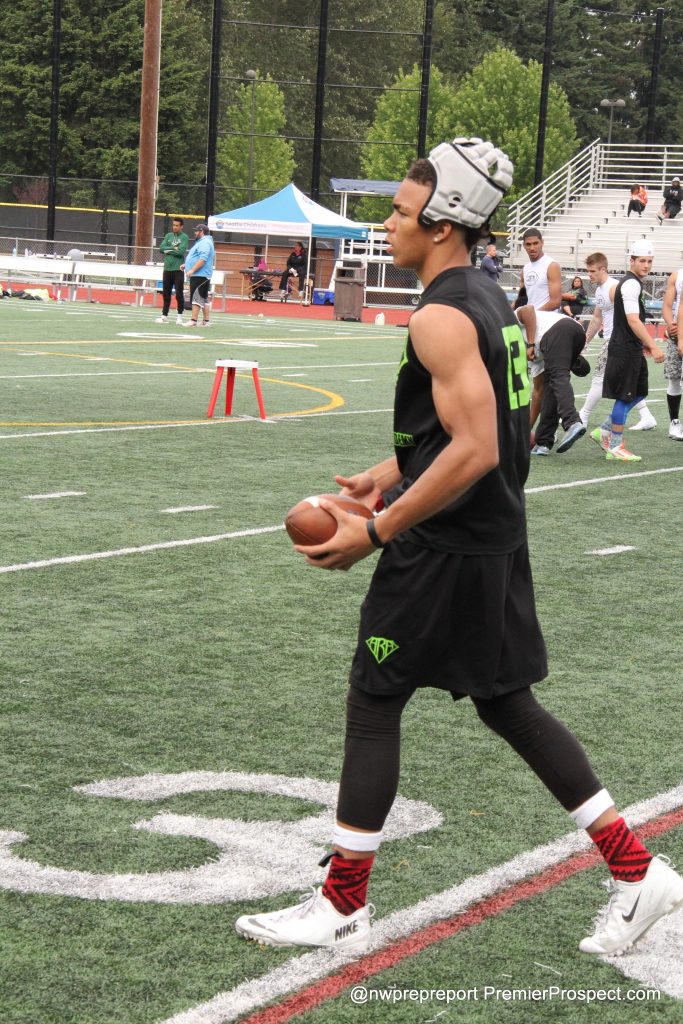 Chase Claypool was magnificent at the Battle for Seattle. 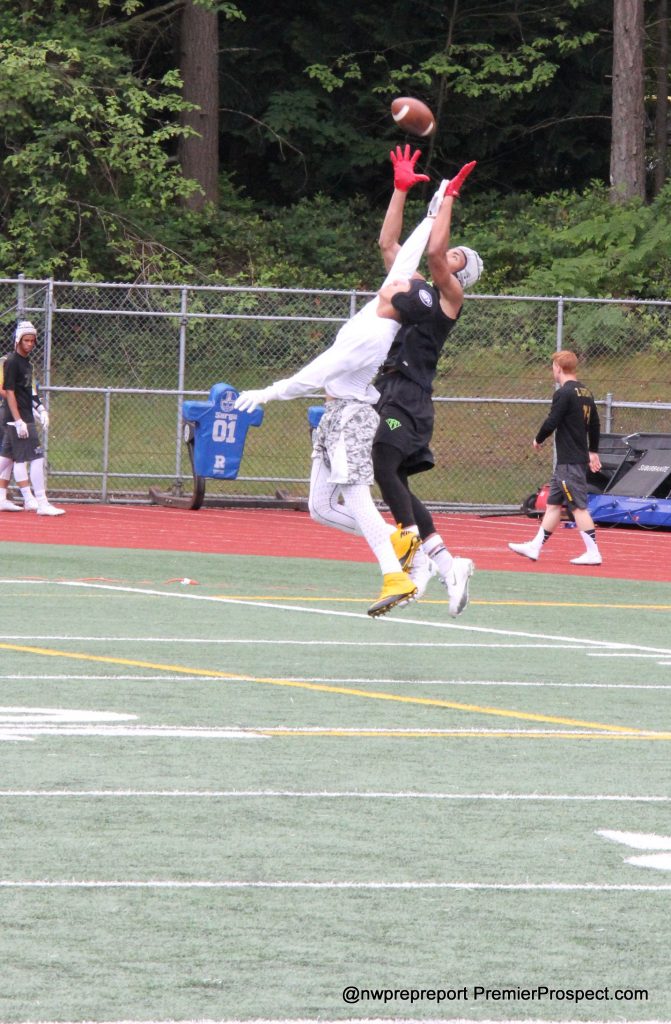 Going into any event I forget what I know or think I know.  Call it the clean slate approach if you like.  What I am doing is something I learned from my Dad and others in the game; I see shapes and colors and a field in front of me and begin to break down a 3D grid looking for movement and action; I’m seeing without seeing.  Sensing is more like it.

The moment I stepped foot on the track at Interlake High School the grid was active and deep in the end zone across the field I picked up a catch that occurred at or above the cross bar on the goal post.  There in double coverage against two of the “known guys” was a receiver who had made a play that set off alarms.  Moving in closer for a better look I fixed in on #19 in black and green and settled in for a few minutes.

Chase Claypool was the guy out of Abbotsford, British Colunmbia; a kid who I was first to cover through our affiliation with his trainer and 7 on 7 Coach Eddie Ferg.  I’ll cut to the chase at this point.  Claypool is bigger and faster and more special then most anyone knows.  His film which is embedded below shows an elite athlete with terrific speed.  Oregon Duck level speed apparently because they offered him as soon as the word began to spread.  The 6’4.5″ and 212 lb wide receiver just landed his 12th offer and that came from Michigan last week.  Jim Harbaugh himself flew to Seattle and jumped in a car to drive to BC to find Chase and offer him.

What the 1-1 time evaluating him did for me was eliminate any concern’s I had that there was hype more then the real stuff.  He can leap, run, catch, and is intimidating.  This young man, who has a 3.6 GPA, can expect schools like Alabama to offer next.  He loves Oregon although he did not receive an invite to the Opening Regional on June 14th, 2015 at Oregon.  Not to worry; we made that happen in one phone call.

Discussing Chase yesterday with someone from Chicago that called me for an “expert opinion” on him caused me to pause and I had to think when I had seen a kid with this size and talent come out of the NW. I had a hard time;  I finally came up with All American Kasen Williams from Skyline.  Claypool is 2 plus inches taller and has much longer arms.  He does not have a big time QB throwing him the football which Williams had in Jake Heaps and Max Browne.

I don’t think one thing stood out more in the non-padded event then the smoothness and fluidity with which he moved.  Chase did not dominate every down.  Guys like Isaiah Gilchrist (Bellevue) and Trevon Shelton (Bothell) manned him up and did a great job.  The thing is he is so big and has a 6’9″ reach (we think) so when the ball goes up no one is going to out leap or out muscle him.  That ball is going to be his if he wants it.