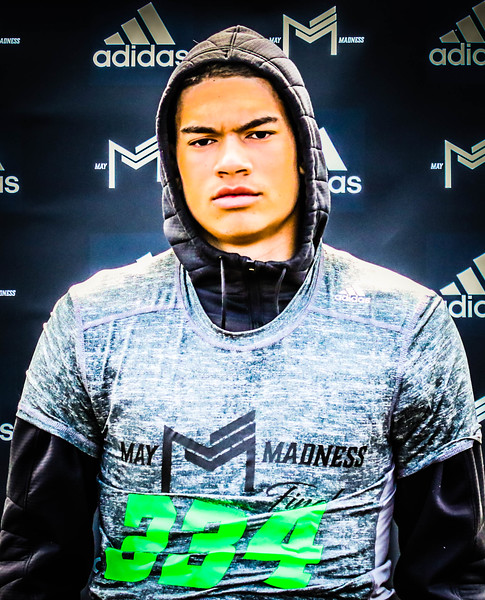 Cole Turner One For The Ages Worthy Of Highest Level Offers

Cole Turner One For The Ages Worthy Of Highest Level Offers

289
SHARES
ShareTweet
Get The Latest

No one in Oregon who watches or follows High School football will be unfamiliar with the name Cole Turner.   The Senior at Clackamas is a homegrown talent who has helped lead this year’s Cavalier squad to the semi-finals.  He has hit all the major camps, played in the 7 on 7 events in the offseason, and done all of the right things. This is Cole Turner of Clackamas- he is one of the best we have ever had in Oregon.

At 6’6″ and 200 lbs Cole has the ability to beat defenders all over the field.  Like most lanky receivers he is not quite as fast off the line but the physics all work in his favor all the time.  No corner or safety at any level is going to stop this kid, and I say that after reviewing film and watching him live several times.

Despite posting game after game filled with highlights he has been greatly overlooked by Major D1 schools.  Yes, he has a handful of meaningful offers from great schools.  So do not mistake this post to mean he is being left out.  Verbally he is very committed to the Nevada Wolfpack.   He also has offers from a wide array of D1 academic schools and Oregon State.  Oregon may offer him late in this process.

My point is that others should.  His size is elite.  His hands are those an elite receiver.  His routes and ability to create space all check that elite box.  The reason he is not obtaining more offers I believe is one of perception of the National recruiting sites and the college coaches.  Oregon and the Pacific NW is not a place to come shopping for a big-time wide receiver.  This year’s crop is, however, exceptional.  Read this article from earlier this year where we call out the NW Wide Receivers Class as being one of the best ever.

Last night as Clackamas struggled against the powerhouse Central Catholic Rams it was Turner who made the play of the night.  With 3:13 left in the 3rd quarter and a goose egg on the Cavaliers scoreboard QB Mitch Modjeski tossed a 4th down pass from the 15-yard line to the deep left corner of the end zone.

Rising for the interception on what appeared to be an underthrown ball was the Rams Kitan Oladapo, who picked off Modjeski in the first half.  The play appeared to be lost when Cole Turner turned the tables.  In a split second, he rose above the defender and ripped the ball from above him out of his hands and reigned it in for the TD.  This play was not only the tide turning moment but perhaps the highlight of Turner’s career.  Clackamas got a late Field Goal to win going away 17-14 and giving Clackamas a ticket to the final 4, keeping their season at a perfect 12-0.

For me, this play is a stamp on the caliber of football Cole Turner plays.  This play tells you coaches all you need to know and it comes courtesy of NW Ballers- James and his work is unparalled.

I can only say that for Scout to have him as a 3-star receiver and Rivals to have him as a 2-star is inaccurate.  He should be a 4 Star on both networks.  But this is why HUDL film and self-advocacy is so important and he has all of that going for him. We have near the top of our 2018 list for the entire NW as a solid 5.15 Stars on our internal rankings- Have a look here.

No doubt Cole cares not about anything but winning Clackamas 1 more game and then another.  A State title is within their reach.  But while he is doing all that with his boys I believe schools like Oregon, Boise State, Cal, WSU, UW, and others are taking a closer look at this kid with star potential.

He is a wide receiver as good as any we have ever seen hail from Oregon.  He deserves looks from the Nation’s best.  If Clackamas wins and South Medford can get past the #1 Lake Oswego Lakers next week we would see Turner and top Nationally Ranked Wide Receiver Chase Cota on the same field at the same time.  That would be something to see indeed!