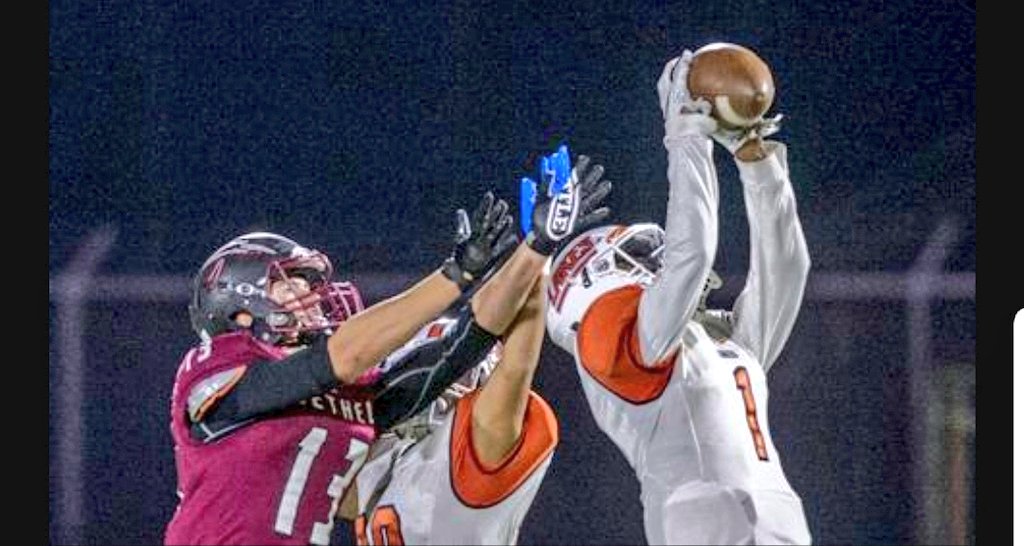 The 2018 season is well on its way towards the playoff runs and the boys of Friday Night are laying it all on the line to help their teams win and make a case for themselves to be considered to play at the next level.  The NW is so loaded with talent that we do not have enough colleges with scholarships to offer them all.  It takes more these days to stand out and we try to point the spotlight on some of the regions most deserving. One of those special guys is Daeshawn Wayne, a Senior two-way stud over at Lakes (WA) High School. He plays FS and WR and is that special brand of athlete we love to see out there.  A great leaper this kid is a nightmare once he is out in the open.  On defense, he is going to blanket defenders and beat them to the high point of the ball.  Offensively he has quick moves and can break off a big play everytime he gets it and last night he delivered.  Chris Egan and his crew at King 5 New caught Daeshawn in action as he cracked off a 75 yard house call.

Wayne is a star on the basketball court as well and should have options to play both sports in College.  He has a couple of offers to play college ball and is on a short list for bigger offers.  When we see speed like this it is easy to project that he can play at the highest levels and we think he has earned that.  The Lancers are 5-2 and rolling but right ahead of them are the 6-1 Lincoln Abes who have one of the best squads in the NW.  Expect to see college coaches all over the sidelines at that showdown next week.

Many of them will be watching Daeshawn Wayne who has that star power on the rise!