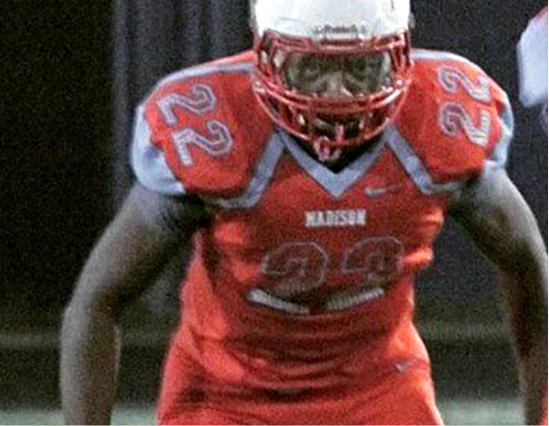 A few days back Madison High School Linebacker Daniel Green tweeted out his intentions to go to USC and join Trojan Nation.  The 6’3″- 228 lb monster has raise eyebrows where ever he has gone and with good reason.  He is impressive in every way a football prospect can be.  He has linebacker written all over him and is one of the best on paper and film we have seen in a few years out of the NW.  By all appearances he is just going to get better.

With the rich Linebacker tradition and the blessings of my love ones. I’ve committed to the USC Trojans #Fighton pic.twitter.com/KytFsTugoB

Comments were made by some prep football insiders that the Oregon Ducks and OSU Beavers blew it and lost on on this kid.  Letting a talent like this slip through their fingers seemed to be looked at as a bad thing based upon the comments.

I tend to differ here.  These athletes we all cover are not property.  They are not to be owned or looked upon as weapons in some war for supremacy; and make no mistake the fans and college homers do just that.

It needs to stop.

These are smart intelligent kids and most of them in this day and age are so wired into data and information that they know more then the athletic directors do about the history and success of the programs and Universities they are looking at.  Add to that coaches like Green’s, Don Johnson, with a deep background in football and ties to the NFL and there was no reason for Green to stay in state if he is looking at the ultimate prize.

We wrote a story a couple weeks back addressing this very issue- College Selection Should Consider Style Of Play – which touched on this very issue.  Athlete need to go where the best fit is.

For Linebackers there is a natural #1 Choice;  USC!  Oregon and Oregon State is not even in the running when it comes to which schools have put out the most Linebackers.

USC has put over 60 linebackers into the NFL which is more than any other school in the nation.  The list of stars who made it out is as good as it gets including Junior Seau,  Lofa Tutupu, Brian Cushing, and Clay Matthews just to name a few.  Add to that Willie McGinest, Chris Claiborne, Richard Wood, Chip Banks, Jack Del Rio, Ray Maualuga, Kaluka Maiava and Keith Rivers for a total of 13 Pro Bowl Linebackers and Green could see that.  Johnson himself coached Chris Claiborne and played ball in California so no matter how great we think our brand of Pac 12 football is there is reality vs perception.

What would have happened if Colt Lyerla would have listened to the people around him who felt USC’s offer to come and play Linebacker was the best decision rather then his failed Ducks bid?  We will never know.  But he was a much more natural fit at the LB spot and nearly pulled the trigger and headed to USC before Chip Kelly reeled him back in right before signing day.  What if?

Same goes for Thomas Tyner.  A power back with Olympic sprinters speed who was born for the Pro Style offense and he went to the Ducks and played in the spread despite all of that.   What if he had been at a place like Alabama or Ohio State?  We will never know but surely things might have turned a bit different.

One thing we do know is that unless things change Daniel Green as a linebacker will be given the best stage to perform on in the Nation and that is a very good thing indeed.

The Beavers and Ducks and Trojans and all of the big time programs will be just fine with who they recruit.  These decisions of where to go to college are not handled in a business like way often enough but College Football is all business.  So the decision in the end has to be a business decision.  It is always about what is best for the athletes in my view but I am in the minority.  We commend Daniel on his commitment and all that went into making it.