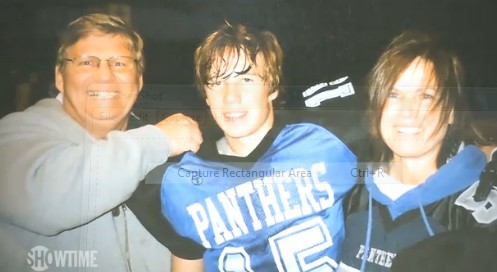 All of us close to Drew Swank and his family can appreciate this. I have the same card in my pocket that Coach Beau Baldwin does.

234
SHARES
ShareTweet
Get The Latest

Editors Note:  On Christmas Day 4 years ago I wrote this post about Coach Beau Baldwin who was at that time the Head Man at Division 1AA Eastern Washington University.  He was a winner there and he and I had a distant but productive relationship.  EWU grabbed up so many NW High School prospects that we covered, and no one else would pay attention to, that a really productive relationship developed.  It was as if he and his staff were waiting to see who our next find would be.  This came to a pinnacle last year as Cooper Kupp, Kendrick Bourne, and Samson Ebukam were all drafted into the NFL from EWU; all of them unknowing participants in the formula that works.  As you will see below there is a lot more you can learn about men like Beau if you are paying attention.  He truly is in the game for all the right reasons.  Parents there are Few If Any Men like him that I know of who your son can flourish and be safe and succeed.  If he signs with Oregon State recruits and their families need to head to Corvallis.  I will note, for those of you that dream that dream of playing on Sunday, that EWU put more players into the NFL last year than Oregon State and Oregon did combined the last 2 seasons.  Those were the kids Beau Baldwin recruited.

From 12-25-2013-  You’re going to have to watch this to understand why this is special.  Those of you that know me will know that this is special to me.  All of us close to Drew Swank and his family can appreciate this.  I have the same card in my pocket that Coach Beau Baldwin does.  I love the Swank family and Drew.  Now I know why I have always felt a special connection to the EWU Eagles.

And Drew’s Death on the football field in 2009 has meant a lot in the fight to save the game.  Drew Swank and his families story matters.

All of you should watch this and understand why a Coach that cares is a coach that can truly win!  Thank you Coach Beau! PLEASE WATCH THIS AND PRAY WE NEVER LOSE ANOTHER PLAYER