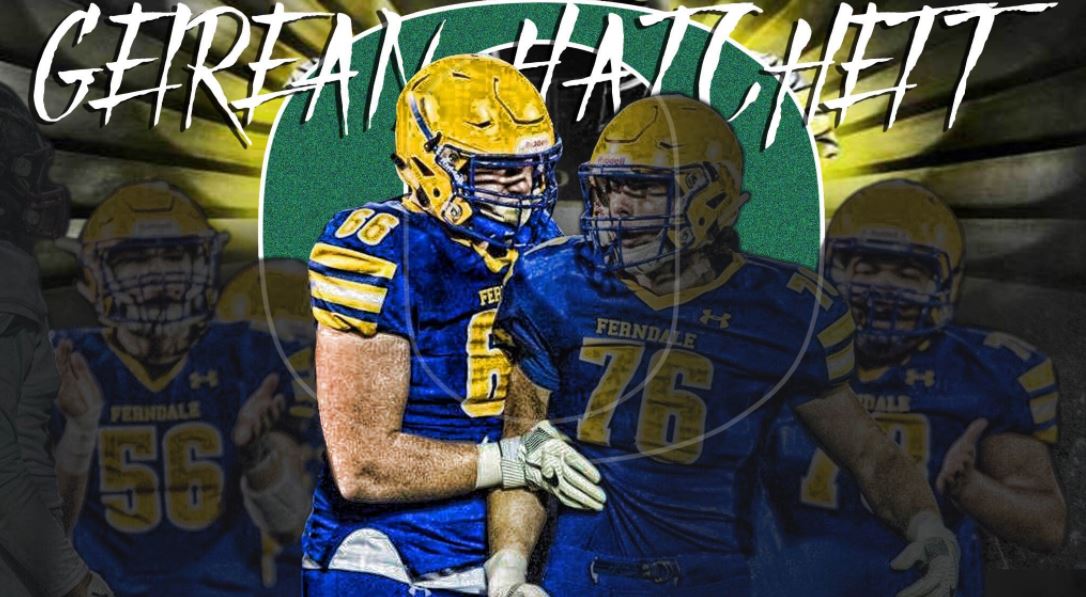 196
SHARES
ShareTweet
Get The Latest

As most of you know we have covered all of the top recruits here in the Pacific NW the past 15 years.  That is something we alone can claim with 1 or 2 exceptions.  What that gets us is very little but it does give us perspective over virtually all of the top recruits that have come out of the Pacific NW since Jonathan Stewart made his move from Timberline HS to the Oregon Ducks.

When we see top talent we know it.  The sort of talent that needs no hype, agent, or tweet to be proclaimed.  When we first saw Geirean Hatchett of Ferndale HS (WA)  we knew he was going to be special.  He was just going into his Freshmen year and yet he was as big and as fast as any of the upperclassmen.  In one on one conversations, we discussed his dreams and his potential and the talk was of a 4 or 5 Star potential with unlimited offers.  Those things might have seemed far away at that time but just two years later he finds himself in that reality.

Even then he was pushing 6’4″ and was quick with soft hands.  Now he is 6’5″ and has filled out to 275 lbs.  His future with two years of HS football left appears to be that of a strong side DE, OG, or OT.   He may have dreamed of catching touchdowns but clearly now has become a future lineman and he is going to be unstoppable.

Hatchett is fresh off a tour through California where he wowed coaches and analysts.  What is happening for him is terrific and he is on track to be the most sought-after linemen out of the NW since Foster Sarell who achieved 5 Star status on his way to Stanford.

Big time colleges are lining up and offering and with two years left in high school he just needs to take care of his body and his future for college will be set.  In the game so far with Hatchett are the following schools who have all offered him:

He may be a 3 or 4 Star on the “Networks” but his true status is that of a 5 Star and there is no denying that after the Sophomore went to The Opening Bay Area regional and was named as one of the top linemen there; also as the youngest guy in that group of future stars.

The SEC will be coming for him soon enough.  The greatest challenge for him now is to block out all the noise, take care of his health, and focus on his future.  There is an event, and All American combine, a camp, and a showcase every day that he will be invited too and he will receive offers to be flown around and participate in those events.  The reality is Talent plays and needs not these things.  Hopefully, he will run the table on his way to college.  With a great coaching staff and terrific family behind him, he is certainly in a great position.