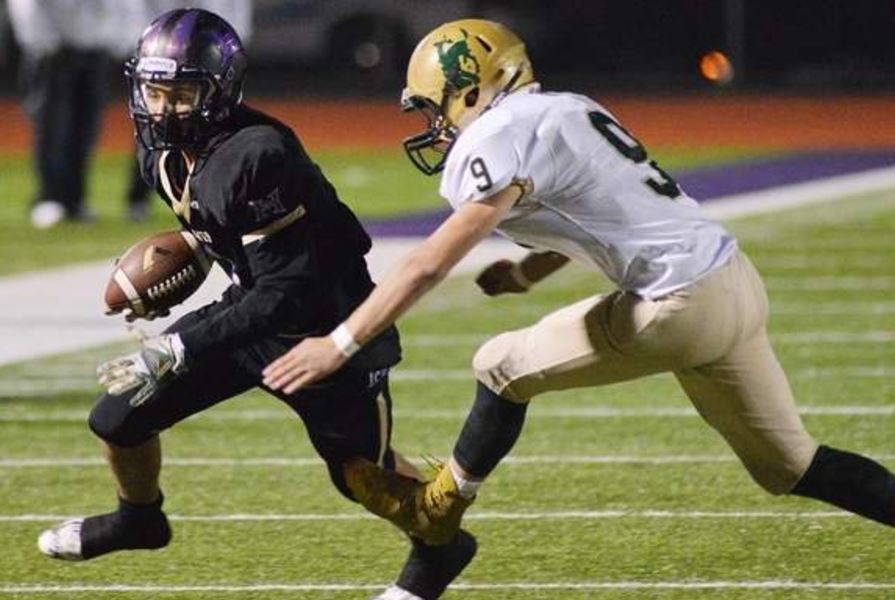 315
SHARES
ShareTweet
Get The Latest

Hermiston High School may not be known to everyone along the I-5 Corridor but East of the mountains up the Gorge the Bulldogs are making some noise as a program on the rise and to be feared.  Part of that is due to a great talent pool of kids that live in a tough climate that know how to grind!  Another big part of this is the arrival of former Oregon Duck and North Medford star player, now Head Coach, David Faaeteete.

David was featured by us at Rivals.com when we ran OregonPreps.com and he truly is one of the finest Defensive Tackles to have risen from Oregon in the past few decades.    His story from Western Samoa and onto the football fields is inspiring.  School became his focus as much as football and he left the NFL behind for the kids he began to Coach in 2008.  This is Faaeteete’s 8th year at Hermiston and his 3rd season as a Head Coach- his story was covered in detail here.

The Bulldogs have had some great talent the past few years and we covered Charles Tre Neal who was a stellar Defensive End in 2015-16.

At WR 2018 prospect Dayshawn Neal is a superbly talented prospect that any or all College Coaches will want to take a close look at.  His skill set includes terrific routes, great ability to cut and break ankles, and a speed to separate from opponents.  We have seen him compete in camps and in clinics and have reviewed his film.  Dayshawn stands out against the best cover corners in the West and has a chance to move on to at least the Big Sky level where he could be an impact player. Neal looks great on film and has done a nice job of breaking out about 10 plays – All Touchdowns – that showcase his skill set from his Junior campaign.  We will have him on our list of Top NW Sleeper Recruits who we believe will rise the ranks and move on to the college level.  His 6’2″- 180 lb frame is suited for top level competition and he plays with passion and a bit of swagger that is desired in the boys running routes North and South!

Keep on eye on Mr. Neal and we will keep an eye on the horizons of the Pacific NW looking for the next great hidden talent- many come from places just like Hermiston!