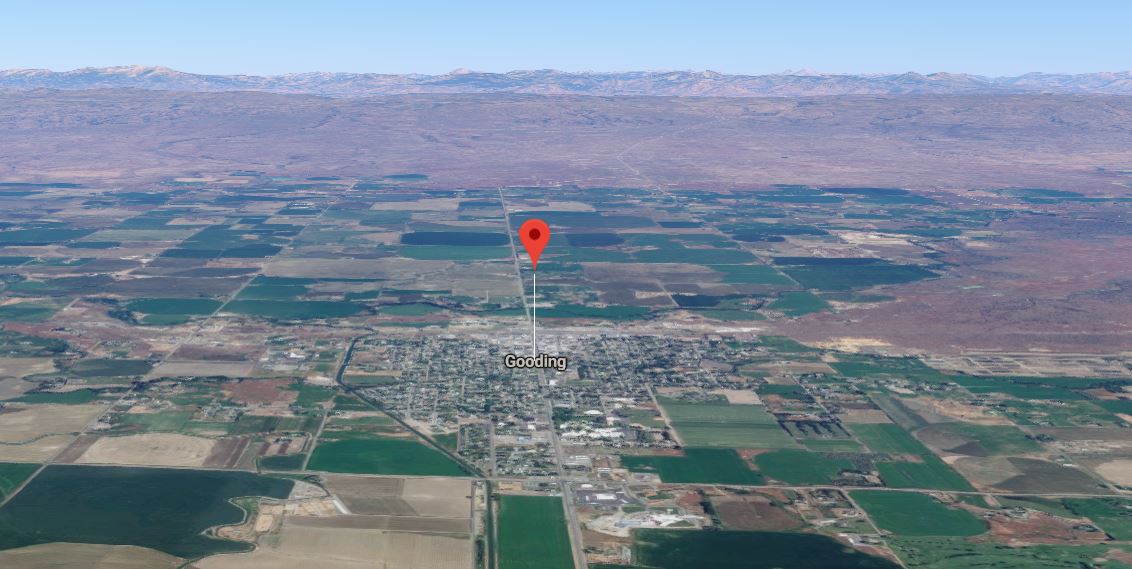 499
SHARES
ShareTweet
Get The Latest

Gooding, Idaho is a little town between Boise and Twin Falls and just a few miles from the Saw Tooth Mountains.  Highway 26 just off I -84 will lead you through the massive irrigated circles know as “pivots” in the farming circles which surround Gooding, and if you turn on Main and follow it to 7th Avenue West you will eventually find Gooding High School.  The Senators have quite a football program going and they have had some very talented FB prospects these past few years.  According to their Coach, Cameron Andersen, the little Idaho town has several others coming up the ranks right now.

One of them is 2020 QB prospect Shane Jennings had a nice Sophomore year posting right at 2,200 yards and 29 TD’s passing and 1,100 yards rushing with another 10 TD’s!  Wow, nice season right there.  He is having a very productive off-season as well.  The 6’2″-180 lb gunslinger caught our eye here at NWPR and we are interested in him.

Looking at his film he has some nice skills.  Shane does a nice job of making his reads and has a very nice touch with the football.  It is not that often that we see a young QB show patience as he does.  There is no doubt he is talented.

His 2017 campaign landed him a nice 1st Team All-State award and he was named SCIC Player of the year too! That caught the attention of the Quarterback Collective, a new QB rankings group headed up by the likes of the great Jim Zorn.   Last week he headed to LA on an invite from that group and his Coach Cameron Andersen felt he did well.

Andersen evaluated his QB by saying, “Well skills-wise, he is very talented throwing and running and is very athletic. 2100 passing yards, 1000 rushing yards, 43 TD’s… big numbers in the weight room! I think his strongest X-factor is his ability to compete. He is one of the most competitive kids I have been around. Becoming very polished this summer with his camp work, and looks like he has another gear on his velocity after the QB Collective camp.”

He has landed a nice offer from the College of Idaho and is hearing from more schools all the time.

Nice praise from a head coach who knows talent when he sees it.  We will be keeping an eye on this young man this year and you can watch his film right here!

Now, this young gun is not making this happen all on his own. His line gives him time to work and he has gifted skill guys around him too!  Coach Andersen went out of his way to give some  insight into some of the other talented boys out in Gooding including

Coach says:  “Cayden Loveland: Has started ever since catching a touchdown as a freshman in the state championship game. Long and a strider with a massive range. Caught over 1,000 yards and 17 TD’s last season, and is poised for a big season. His leadership is top notch!” Senior Jake McGinnis – 6’3″- 295 lbs  DL/OL (@jakemcginnis99 ) Big Jake McGinnis is the brother of Cole McGinnis who we covered a few times a few years back before he went on to D1 football.  Jake has 2 D1 offers and is a 2 time All State DL  http://www.hudl.com/profile/3224497/Jake-McGinnis/videos

Coach Says: “Dominant and physical DT. His ability to make offenses adjust to his presence is unmatched. He commanded double and triple teams all season. He has his choice from D1 offers and is deserving of all he achieves from the hard work he puts in during the season!” Coach Says:  “Absolutely electric with the ball in his hands. Maybe the most dangerous runner in space I have had! I am so excited to see him as the featured back in our offense this season!” I tell you what, we will be watching Gooding and seeing how these Senators do!  This seems like a town that is rooted in some good old All American stuff and football is part of it!