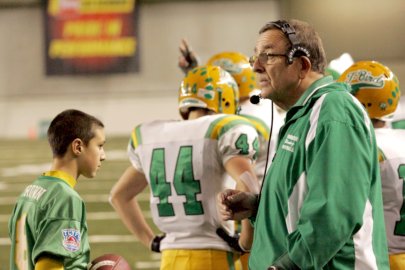 Jaimie Bryant’s Recruitment A Reminder Of What Works

He has worked hard in school, played several sports, and given all of himself to his team at Tumwater. Conversely Jaimie Bryant has had little fanfare as a recruit but has done exactly what he needed to do to make it. Far beyond the hype of the big networks, camps, and combines is a world where real recruiting is done. The same place it has been done for years and years.

On Colleges and Universities right inside the Coaches offices. And that is exactly wher

Jaimie Bryant’s Recruitment A Reminder Of What Works He has worked hard in school, played several sports, and given all of himself to his team at Tumwater.  Conversely Jaimie Bryant has had little fanfare as a recruit but has done exactly what he needed to do to make it.  Far beyond the hype of the big networks, camps, and combines is a world where real recruiting is done.   The same place it has been done for years and years.

On Colleges and Universities right inside the Coaches offices.  And that is exactly where the big man from Tumater High School was noticed.

"Other then you guys bringing him to your readers attention at the 2010 Championship game he really has done nothing to push the recruiting piece," said he mother Leighanne Malmin.  "We appreciated that very much."

She is referring to the 2010 2A WIAA Title Game where Tumwater defeated Arch Bishop Murphy 34-14.  As the crowd dispersed that night a flurry of reporters went after several of the upper classmen and collegiate recruits.  We sought out Bryant who we had watched closely all game impressed partly by his size but moreover by his ability to play about 2 feet off the ground and command double teams.

Raw and unpolished Jaimie hammered away at the ABM O'line that night taking on some really gifted blockers and winning many of those battles.  So we took note and made sure he was covered by our staff.

Last year we followed up and sent his info out to the colleges on our list we publish free.  We had him placed into the top tier of guys to watch in the 2013 Class.  Not to many other people did.  We expected to see him at all the events last Spring we attended and did not.  But we never forgot about him.

Neither did the U of W.  The Husky staff had picked up on him last Fall and were watching.  They liked what they saw and about 2 months ago they made their move.  After just a little contact they staff offered Bryant.  He visited quietly and got a great feeling for what is to come at Washington.

"The stadium is great, the school is terrific, and it is only an hour from home," said Jaimie.  "My family is so important to me that this was really a great fit."

He will be a 6'5"-275 pound Defensive Tackle this season at Tumwater and said the Huskies have the same plan for him too.  They were most impressed by the same things we saw.

"My film was the biggest factor for them," he said.  "They said they can see what my potential is already."

Family.  A simple word but not a simple thing to define.

For Bryant that consists of his Mom and his older Brother Hank among others.  Hank was a role model for Jaimie as he was a T-Bird and a gifted athlete too.  He helped them into the playoffs a few years back and set some high goals for his younger brother after he made it on to Idaho on a scholarship.

"He was what I wanted to be.  I watched what ever he did and wanted to be like him too," said Jaimie saying he has dreamed about making it to College for athletics ever since that time.

"In Jaimie's case we sort of knew how things with recruiting worked.  There was so much pressure with Hank that we did not want this time.  Therefore we have not had Jaimie drag all over the place trying to get attention," said his Mom.  "We really did almost no events football wise outside the team."

A good testament to the fact that a kid who has the size, the grades, and the athleticism to get to the next level will get to the next level.  Colleges may pay some attention to all of the noise being created but in the end they decide based on what they see themselves.

And that film did not lie.  He is Pac-12 good when you see him play.

"My son is going to study Medicine and U of W is one of the best schools for that.  To be an hour away and be able to see him play and be close only makes it better," said his Mother.

With his Dad out of his life for many years he and his mother both praised school officials, coaches, and members of the community for their hand in shaping Bryant into a mature and responsible person.

"It really does take a Village sometimes and we have had the best experience here at Tumwater," said Mom. "I think I have done pretty well as a Single Mom but he has had some really great male role models in his life I must admit."

Perhaps the most important one is legendary Football Coach Sid Otton.  The T-Birds Head Man is on his 5th decade as the Head Man.  Look at his resume:

"Sid Otton has been the head coach at Tumwater High School since 1974, compiling 277 of his state record 309 wins at the school. Otton has lead the T-Birds to 17 League Championships, 20 playoff appearances and 4 State Championships. Coach Sid Otton has mentored and coached hundreds if not thousands of kids including guys like Jaimie Bryant.

"It is not about the wins.  He stresses that everday in everyway.  What Coach wants us to do is set a goal for where we are going to be in 5 years as people.  That is what he cares about and what is important to him."

Fair enough.  So Bryant is a hometown kid with deep roots to the school, community, and kids.  He is a student then an athlete.  And on top of all that he wants to be a dentist.  Go figure.

"It was my goal that the kids graduate from a Community College and to make sure they had a life.  I felt more then anything I wanted them to be able to hold their own.  That was very important to me.  So I tried to show them that and while they are not perfect they must be paying attention," she said smiling.  "The outcome has been more then I hoped for ."

She is obviously very proud and rightfully so.

For Bryant he is glad to have his recruitment done and out of the way.  He will cancel some football events he did have planned and will be working on school and helping the team succeed as well as preparing for the team camp at CWU this Summer which is the highlight of the off season.

Jaimie Bryant is proof that you can make it by staying focused on your team and your community.  Not at all unlike Sefo Liufau and a host of Washington's other top recruits.

Having coaches, mentors, educators, and especially parents like Leighanne Malmin are perhaps the most essential part of the package required for student athletes to truly succeed.  We toast all of those folks in Jaimie's life and wish them all a healthy and happy life.