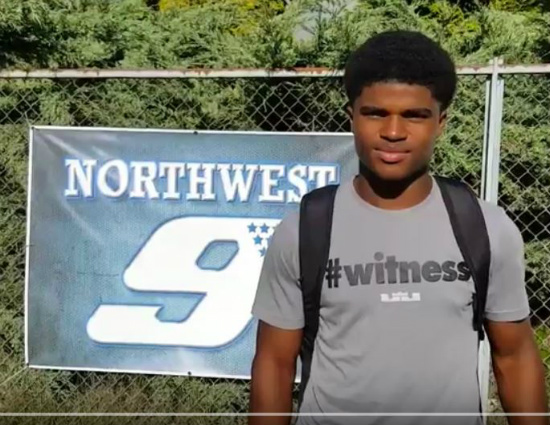 It was 3 seasons ago various people tried to influence me about the star quality of Darreon Moore of Kamiakin High School.  Just understand when your a football recruiting media voice people are going to “Big Timer” kids when communicating.  It happens all the time and while I enjoy speculating as much as anyone I do not Hype any kid.  I do not care if your are an Offense-Defense, Blue-Gray, FBU, D1 Bound, or any other lists or services “All American”.  It means nothing to me and it certainly means nothing – not one damn thing – to college coaches.

Moore had a crazy good skill set as a youth player and hit the ground running his first couple of years in High School.  We had him on our lists for the 2017 Class as a very recruit-able athlete as a corner back.  But some people, not of his doing, had him as a 30 offer guy.  He was not and is not.

What are these kids we write about supposed to think and supposed to do when they hear that sort of thing?  Why does someone say these things?  They can be very positive but very damaging at the same time.  Far from any sort of a guarantee these words and accolades can act like a lead blanket pulling the athlete down as much as they are meant to push them up.

Moore has had to work to live up to the early hype.  From what I have seen he has pursued this by working to be the best and is not concerned with the outcome in terms of what others think.  His offer from EWU is solid and he seems quite happy with the Eagles as a future home.  He will probably have more offers.  His efforts and skill set at the NW 9 and recent camps have been impressive; as good as anyone in this class.   And I do not think we have seen his best football yet.

Living up to the Hype is in fact the hardest thing to do for a team or an athlete.  I am going to double down on my efforts to temper any statements I make that someone wants to see as Hype.  I generally speak of potential and ability and the fact that things have to all happen in perfect sequence for a student athlete to go big.

I refuse to make numbered lists or project where kids will go.  Those things are basically in poor taste and can Hype kids to their detriment.  I call them like I see them and Darreon Moore has my support as a now bigger faster version of his 2015 self. We think he is a guy that has become one of the best  on his terms through hard work. Darreon is a young man with much to offer any school and EWU is certainly going to be one of the best places that he can ply his trade and live out his college football dreams.

Catch our interview with Darreon Moore and watch him and many other Top NW guys tomorrow night at 8:30 on Root Sports NW.