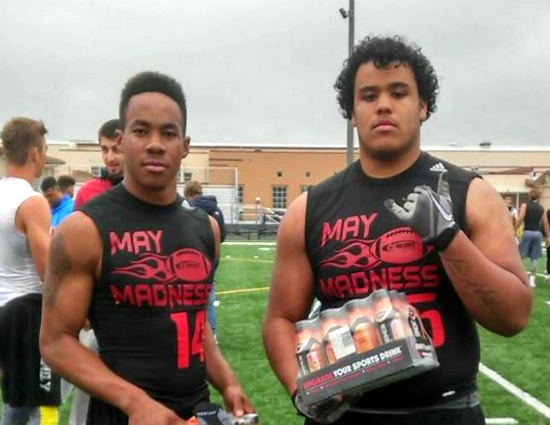 Tracy Ford and his Ford Sports Performance Group put on the second annual May Madness today and it was loaded with talent.  There are a lot of great prospects in the NW as any of you reading our articles know by now; safe to say a good percentage of them were at the event today in Tukwilla, Washington.

The invite only event was aimed at getting the best of the best in the view of the camp director together for a non-padded camp.  At the end of the event MVP’s were named after some great performances.  Winners today include: