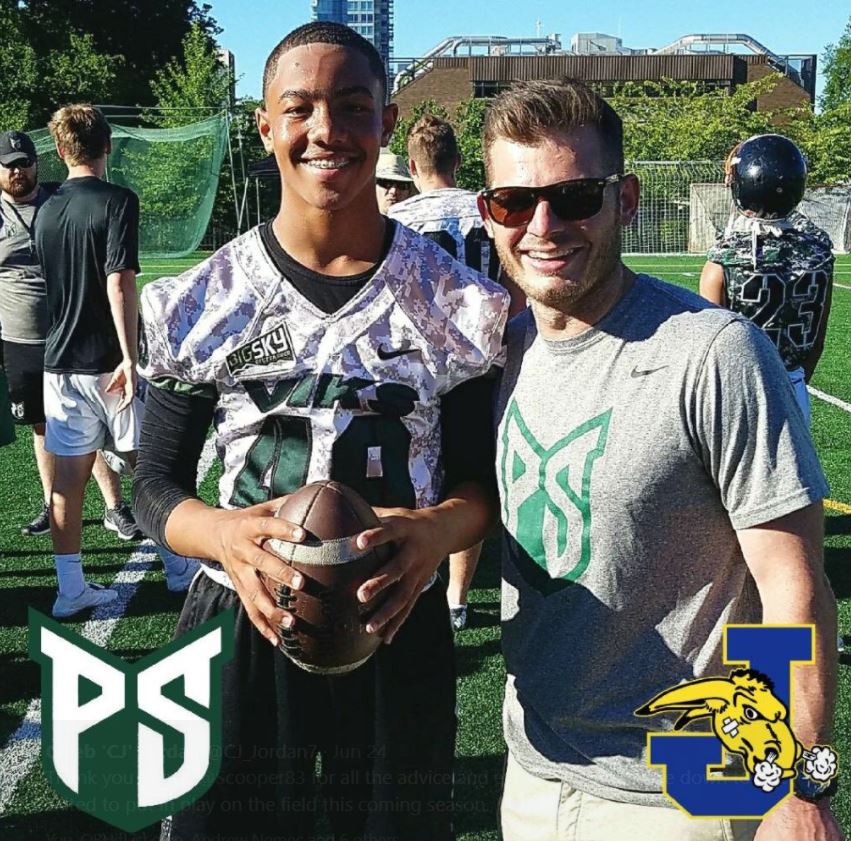 763
SHARES
ShareTweet
Get The Latest

Looking back over this work I have done it seems like the Quarterbacks from Oregon have always put their special stamp on the game.  A quick review of my time at Rivals.com, almost a decade, reminded me of some of the best names to ever hail from the State of Oregon.  They include-

Now Rivals has been around about 15 years tops so this is the list of the most prolific guys we rated – all of whom had nice careers in college.  Noyer and Dungey are doing very well with Dungey having some Heisman talk surrounding him if he stays healthy!  This is a great group for sure. Being honest, however, the last couple of years the Oregon QB scene has lacked a true Star- a guy who can go on to shine at the National level.  I believe we have several out there but I want to give a shout out to one who has offers already and 3 seasons left to play.

I am talking about Caleb “CJ” Jordan.  The young man from Jefferson High School in Portland, Oregon already has 2 Division 1 offers and is just beginning his Sophomore season.

At 6’2″ and 180 lbs Caleb is already big enough to qualify as a legit contender for D1 Majors.  His early offers from the PSU Vikings and the Howard Bisons verify that the skills are for real.  And folks they are- truly.

At the PIL Jamboree a couple days back he accomplished this:

Now add to this his Freshmen season where he went for 2,500 Yards and 57 Touchdowns and we have reason to believe we have another 3 to 5 Star QB on our hands.

Check out this film from the Jamboree-

NWPR is unpaid, trains NO QB’s nor Players, is not affiliated with a single 7 on 7 group nor Gym- we are as unbiased as it gets and we are VERY good at analysis.

In our View CJ is already a Pac 12 QB and his many letters, invites, and growing list of suitors verifies this.

Now Jefferson is a small school playing way above their level in terms of OSAA rankings which just means that depth is an issue.  Add to that the transfer of several of their talented players and we have a situation where the Regions best QB is on a team not suited perhaps to run with the bigs!

But run they do.  The Demos are the true essence of a Team and I will say this – these boys are playing for each other and their families and are well coached.  This is truly a special group and Jordan is in the right place.  With his Arm and Talent all the guys around him stand to benefit- even though I have a proclaimed dislike of transfers I will say this- if you are a legit WR you might want to head to Jefferson where eyes will be on CJ and his team mates-  this kid and team is truly special.

Oregon has a big time QB on the rise!