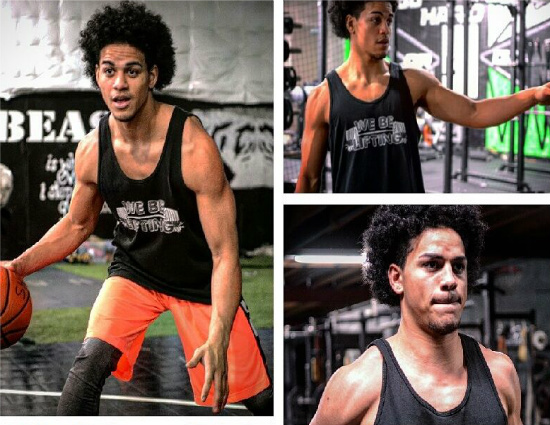 Nicholas Ahsam Of Springfield Moving Towards Top Of Oregon 2017 List

Nicholas Ahsam Of Springfield Moving Towards Top Of Oregon 2017 List

The Class of 2017 for Oregon has some big names on it already including 3 Stars Marlon Tuipulotu, Connor Neville, and David Morris not to mention the #1 player in the region in Elijah Molden who is a 4 star.  Right behind these guys are guys like Springfields Nicholas Ahsam.

The 6’0″- 210 lb LB / Athlete is as explosive of a player as you will see and reminds us a lot of 2016 commit Kaelin Himphill of Liberty who is now headed to SDSU.

Ahsam is fast and explosive.  He can unload on opponents from his OLB spot or as a Safety and is just as adept on offense where he has showcased a myriad of skills out of the backfield and up the sidelines in the passing lanes.  There is something about this kid that stands out.  He has that “X factor” and you just know good things are about to happen when he is on the field.  Here is a guy that makes you hear footsteps and keep your head on a swivel; half cocked and ready to flatten anyone that gets in his way.

Ahsam was named the Midwestern League Defensive Player of the Year in 2015 and it was well deserved.  We are super excited to see what this guy does next and he has been absolutely dominating on the basketball court as well this year.

The search is on for the great hidden gems in the 2017 recruiting class and Ahsam is one of them.  Look for him to blow up this off season and stay tuned to NWPR for all the news of up and coming players.