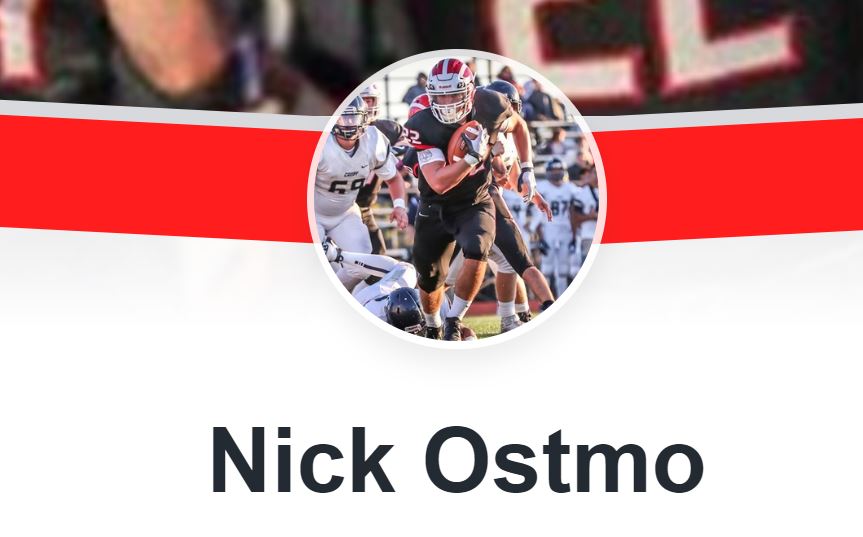 Nick Ostmo of Lincoln High School in Portland, Or had a tremendous 2017 season and there are all indications that his 2018 campaign will be even better.  The 6′ 215 lb bruiser is a classing power back who also plays linebacker.  Last season he ran for 1,245 yards in just 10 games and scored 16 TD’s.  His average yards per carry was over 10.  So he can line it up and cut it lose with the best. Watch this film.  He showcases some great speed and a really blue collar lunch box full of good moves.

Guys who play linebacker are half nuts once the lights come on.  Take that same guy and hand him the football and he knows how to punish those that get in the way.  Nick seems to want contact and enjoys going over the middle right at the big boys.  In reviewing his film I was so impressed with his ability to shed tackles and burst to the end zone.  I looked further at this stats and measurables and found what I suspected. Look at these numbers.  If you are a running back of linebacker and can best his numbers I want to cover you.  The speed is there. The shuttle is solid.  His Bench numbers very good.  But as we move to the legs we discover what makes the magic happens.  Great Squat, great deadlift, and power clean too.  Now take a look at the Powerball.  That is perhaps one of the best ways to gauge potential explosion and overall power.  That is one of the best Powerball tosses in the Nation.  The kid is strong and he is just getting warmed up!

Now he is not a sleeper.  Ostmo has offers and we discussed those with him.

“Right now I have offers from Air Force, Army, and Montana. Good interest from Dartmouth, UC Davis, Navy, and Penn. I am being recruited as a Running back and fullback,” said Nick.

There will likely be others.   I have to say he reminds me of Ryan Nall of Central Catholic who went on the OSU and the Bears.  People will remember Nall as being deceptively fast and clearly a bruising running back.  That is what I see here.

He has had a great start to the season and we talked to him about what he hopes for this season with the Cardinals and where be would like to be a year from now.

“I want to lead my team to a good playoff run. We may be a little overlooked this season and I want to prove some people wrong,” he said.  “A year from now I want to be in consideration of playing time wherever I choose to go.  Get really big and strong and be very dedicated to working on my game!”

Lincoln is always tough and they seem to produce gamers and hard hitters.  Nick is the 3rd of three brothers to come through the program and his siblings are at Tufts and at Dartmouth playing.   The family is all about competition and sports and this young man plays baseball and enjoys golf.

We will be watching him get after it this season and wanted to recognize his excellence.