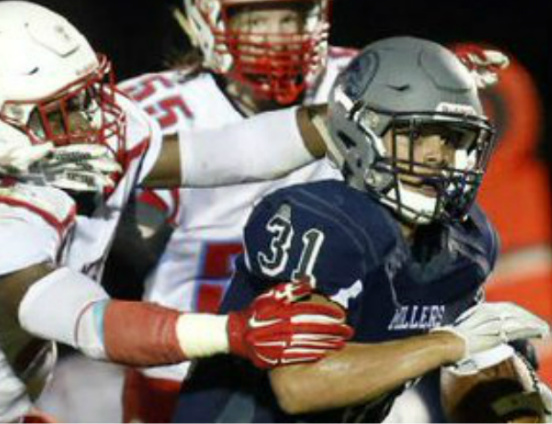 The term “under the radar” is often over used these days.  Some guys are under the radar because they are not really at a level to make a blip; at least not yet.  Then there are the guys like Nicolas Ah Sam of Springfield, Oregon that can best many of the guys who are on the radar and yet still are unknown.  The 6’1″- 210 lb Slot and Linebacker is a First Team All State Football and Basketball player and was the Defensive Player of the Year in his League as a Junior.

We love this kid and his film inserted below will show you why.  He has so many highlights that there is not enough time to watch them all.  He rushes and receives for more yards in a single game then most kids do in a career or a season.  His speed and stride length are ridiculous and the powerful athlete of Samoan heritage is a household name anywhere he has competed.

Colleges seem to be unaware of him for the most part.  The Football schools seem to think he is a basketball guy first and probably some of the basketball schools think he is “more of a football guy”.  He is both and there in lies the issue.  He plays AAU hoops and that means he is not visible on the off season football circuit which means little to no love.

He will be at Nike’s The Opening Regional Camp which is coming up next month and he will showcase there and at 1 or 2 other camps.  Those events we believe will leave people buzzing.  If your a college program and want to get ahead of things get on him now.  His film is not that well organized – but what is there is enough to wow most of you if you give it a few minutes.

Look for more coverage on Nicolas Ah Sam in the coming months here at NWPR.