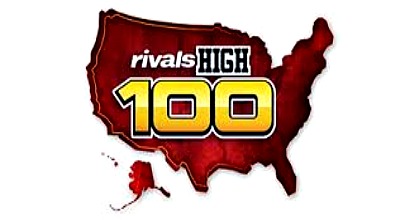 The light on Pacific Northwest Teams has never shined brighter. Proof enough is the number of quality teams that are entering the tough to attain Rivals.com Top 100. The Nation’s biggest network is stingy when it comes to handing out a National ranking.

But in the Pacific Northwest we have 5 teams in the top 100 right now and they are all a perfect 9-0 and moving up.

They are as follows:

National Ranking in the Rivals.com Top 100

All of these teams are perfect. That has to change with Lakes and Bellevue who will play in each other in 2 or 3 weeks and Lake Oswego who would meet Sheldon in the State Finals potentially.

Courdelene could run the table in the State of Idaho and finish out with a perfect record.

Of note is the fact that Lakes and Bellevue in the Washington Playoffs would have to meet before the final shining a light on a system in Washington State that is needing some improvements as mentioned by Coach Dave Miller of Lakes last week in our interview with him.

Here is an excerpt from that interview:

5:  What about the fact that they are both being ranked in the Top 25 teams in the Nation and yet they will meet before there is a Championship early in the playoffs?  Is there a need to change the way Washington does it?

“There is no question that we probably do need to adopt a new system and we are looking at that right now.  We are watching what Oregon has done and actually having their computer model do a mock version of how teams would be seeded this year.  That will be interesting to see the results of.”
Coach Miller is a sitting member of the Washington State Coaches Association committee that is determining what would work best in the future to insure that this sitaution of top teams facing each other early does not happen.  This year is certainly one year where no one wants to see the Lancers and the Wolverines meet up early; well with the exception of teams and coaches who benefit by one of them being eliminated early.

Miller says he thinks the Committee is on the right track and pointed out that guys like Jon Eagle of Camas, a legendary Head Coach, are really helping to figure this out.   The Papermakers are a top rated team who this year will be on the opposite side of the bracket from the Lancers and Wolverines; certainly helping them have a bit easier road to the finals.  Only time will tell.

“We are thinking about setting up a committee of 12 panelists who are capable of agreeing on concensus top teams, then seeding those teams, and then using the current system to fill out the brackets,” said Miller.  “Guys like yourself see way more football then any of us do and have a much broader perspective for who the top rated teams should be.  That should lead to a better outcome potentially.”

What he is suggesting is that a panel of experts would be agreed upon; they would reach a concensus on the top 4-8 teams, and those teams would be evenly distributed throughout the brackets. So the top teams would be spread through the Top and Bottom of the brackets evenly.  Then they could potentially allow predetemined league finishers to fill out the rest of the bracket as is currently the case.

“Oregon’s system of allowing a computer ranking based on a ton of data and information seems to be working really well.  But that is not the whole story.  You have budget cuts and travel related costs and issues that in this economy you better be sensitive too as well.”
That is a point well taken and something Oregon is going to struggle with if a team from Medford, for instance, has to travel 7 hours to Portland for a game.  The cost of Diesel, food, and Lodging along could become prohibitive.  So Miller and the Coaches committe are on to something.
He says he and the group will meet at the end of this Season to discuss the collected data and information and they will look at the outcome verus the Oregon systems model.  They will then make recommendations.
One Look at Oregon’s System can be done right here:  http://w3.osaa.org/scorecenter/fb/11-12/rankings/List/6A?classification=6A  and that reveals some interesting thoughts.  The #1 seed right now is Lake Oswego who is #2 in most Statewide Polls.  Sheldon who is undefeated and #1 in most polls is actually #4 in this modle as they have not beaten teams as highly rated as Lake Oswego.  West Linn who is 6-2 is rated #2 right now and are rated #6 in most polls.   And South Medford Panthers who are 8-0 are in 7th position behind a 5-3 Jesuit team who is rated #4.
In the end however what you would like to see is these Top  8 teams each spread top and bottom of the Bracket but you sure don’t want a concensus #1 and #2 in the Top half of the bracket.  Look at Oregon’s rankings in one week after all the finals are done and see where they are at then.
The Entire story is here:  http://washingtonpreps.rivals.com/content.asp?CID=1285013

Make sure to Read More and Support Our Work at http:www.OregonPreps.com in Oregon and up in Washington at http://www.WashingtonPreps.com