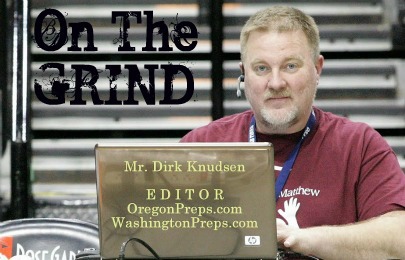 Oregon Week In Review in “On The Grind” Update

The Week In Review; Football News From Around Oregon

PSU Lands Another Star: Wow the PSU Viks are really just rolling in the recruits now. And not just any recruits but Top athletes like Nicholas Rothstein, Paris Penn, Jamarr Graves, and Steven Long to name a few. This time they pick up a Blue Chip kid in 6’7″, 270 pound hooper Dalton Milburn from Marshfield. This small Coastal Town athlete had flirted with Duck and Beaver offers before choosing PSU over D-1 Idaho; a trend that is occuring often now which seems to be a result of the Staff and the Elite Facility that is Jeld-Wen Field.

Alex Balducci Receives his All American Jersey: The big man from Central Catholic and top Oregon Ducks recruit took his turn at receiving the All American Jersey in a nice presentation at Central Catholic; becoming the 3rd such recruit in school History joining 2007 Myles Wade (Texas Tech-PSU), and 2010 Brennan Scarlett (Cal). Alex is approaching 6’5″, and 280 pounds and is slated to be a big time defensive tackle for the Ducks!

Oregon Week In Review in “On The Grind” Update The Week In Review; Football News From Around Oregon

168 Hours to Kick Off
Join LIVE SCORES AND MORE TONIGHT