199
SHARES
ShareTweet
Get The Latest

Last season we were able to watch and support come of our very best in the NW as they flew to Hawaii and played in the first annual Polynesian Bowl.  The game, now in its second year, is on tonight on ESPN 3 tonight Pacific Standard Time and it promises to be a true display of talent.

The game is sponsored by the Polynesian Football Hall of Fame and from our standpoint, this game stands out because it is not run by “Money” concerns.  Other All American Games may receive Thousands if not Millions in sponsorship money.  Moreover, it has become clear that the “business of High School Football’ is being driven by groups like FBU and Under Armour as well as IMG Academy.   Parents across the Nation are being told that participation in a camp or a combine, which costs hundreds if not thousands to get to and participate in, will put their athlete on an All American path.  The development and the promotion of such a system not a good one for the football families, high schools, and athletes across the Nation in our opinion as it has driven parents and families to pay money, which they do not have in most cases, to chase the dream.    A dream which is a false one for 99.9%.

All American game invites and status are being handed out like candy and almost any willing athlete can get a taste.  This false process of families and athletes being lured into a money trap with no payday is a very bad thing for the game and we believe is at the core of many of the problems that now exist in football.  The #MeFirst #GrindAllTheTime era is in full swing and we tie that negative development to money grubbing systems; this is not to say these events have no benefits but they are in fact a far cry from what is being promised.

The Polynesian Bowl is open to non-Polynesian players but guess what?  They can not BUY their way in.  The only talent of the supreme level will get on the field.  This game is without a doubt is big-boy football.  If you tune in tonight you are going to see a game filled with talent and one filled with big moments.  Many if not a majority of the athletes playing are not household names but they will be.  These athletes are carefully selected and this game is not easy to get invited to.

“The Polynesian Bowl is a premier high school football all-star game, organized by the Polynesian Football Hall of Fame (www.PolynesianFootballHOF.org) that features 100 of the world’s elite football players. A majority of players in the game will be of Polynesian ancestry.

The 2018 Polynesian Bowl will be played on Saturday, January 20, 2018 at Aloha Stadium on O`ahu, Hawai`i during the Polynesian Football Hall of Fame Enshrinement Weekend.

For now, this is the real All American game we believe and we hope it retains the format that has been carefully put together.

Representing the Pacific NW tonight in the game will be: 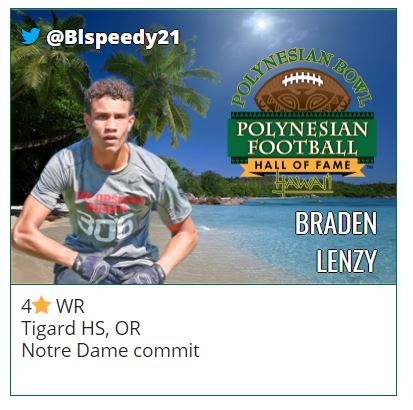 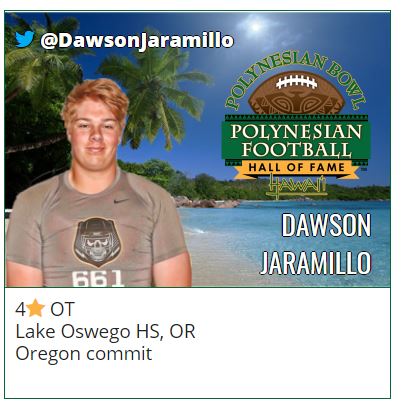 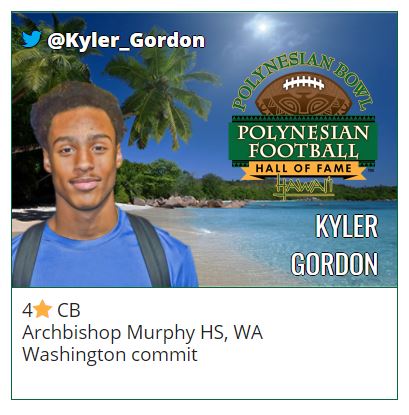 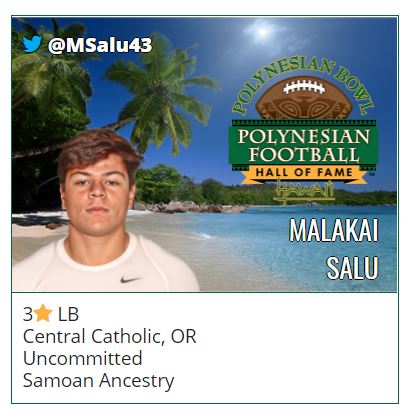 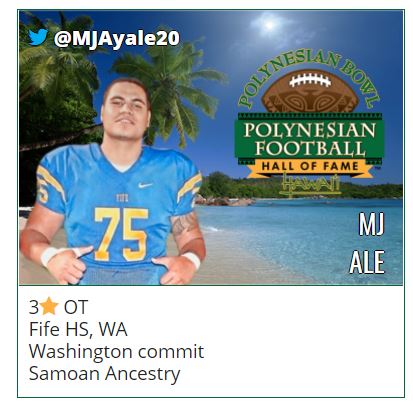 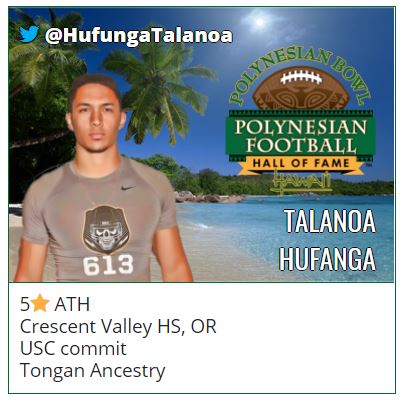 Check out the Entire Roster for the big game today.

We support our athletes and the Polynesian Bowl and appreciate the process of how they have approached the All American process – maybe a lone standout in this very traditional process.

Have a safe and great day everyone!