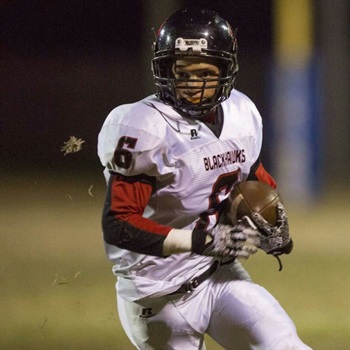 WHO ARE THE BEST IS EAST OF THE MOUNTAINS?

1.2k
SHARES
ShareTweet
Get The Latest

This is the 1st annual NWPR 2017 Preseason TOP 5 List of Eastern Washington Offensive Position list!  I did the best I could with this list.  I found some real studs out here east of the Cascade Mountains. I would love to get to know some of these players better and possibly do interviews with some of you so feel free to contact me at dame22@msn.com with your contact information and 2017 game schedule if you’re interested. Congratulations to these players.

(In alphabetical order of first name) Aric Davison – Richland HS 6’3” 275lbs. Class of 2019. Started as both a freshman and sophomore for a great Richland HS program. You have to be a FLAT-OUT STUD to start at a successful program like Richland as a freshman. A Very good physical young lineman who has a bright future ahead of him.  Here is link of his hudl film: http://www.hudl.com/v/24Y8ue

Campbell Barrington – University HS 6’6” 280lbs. Class of 2018. (3 stars on Scout.com, BYU Commit). I only could find his sophomore season film but WOW!! It is impressive! Very dominating offensive lineman. Has the body frame for Division 1 FBS level. Here is link of his hudl film of sophomore season: http://www.hudl.com/v/24Y8vn

Nick Haviland – West Valley HS 6’2” 300lbs. Class of 2018. One of the stronger offensive lineman I have reviewed this summer. Good feet. Great at pass protection. Is a really good Center. Here is link of his hudl film: http://www.hudl.com/v/24Y7hb

Brandon Griffith – 5’11” 165lbs Moses Lake HS Class of 2018. A perfect QB for Moses Lake’s zone read run game but also has a very good arm and plenty of moxie and athleticism. Here is the link to his hudl film:  http://www.hudl.com/v/24YExz

Carson Doyle – Shadle Park HS Class 2019. 1st Team All GSL as a sophomore. Father is Shane Doyle who started at D-Line at WSU in mid-90’s. Touted as the best returning QB in the city of Spokane by Greg Lee of the Spokesman-Review newspaper. No film available.

Connor Whitney – West Valley HS (Spokane) 6’2” 190lbs. Class of 2018. (University of Idaho offer). Lines up as a U-Back some, also lines up attached to the O-line with his hand on the ground some of the time on film and lines up detached from the O-line standing up as a wide receiver some of the time also. A totally dominating football player. Here is a link to his hudl film: http://www.hudl.com/v/24ZUL3

Devin Culp – Gonzaga Prep HS 6’5” 250lbs. Class of 2018. (4 star on Scout.com and University of Washington commit). Has the size to play BIG TIME college football as a Tight End. Runs very well. Does everything on offense. Is a great running back in the G-Prep run game and is a total mismatch down the field in the vertical passing game. One of the very best players in the state for sure. Here is a link to his hudl film: http://www.hudl.com/v/24ZSLd

Ivory Kimble – Davis HS 6’2” 220lbs. Class of 2019. 2nd Team All-League in the Big 9 Conference as a sophomore. Has good speed at Tight End and is one of the hardest workers I’ve seen. Never takes a play or a rep off. Very bright future for this young man.  No film available.

Logan Kendall – Cheney HS 6’3” 245lbs. Class of 2018. (2 stars on Scout.com and an offer from University of Idaho). A BRUTALIZING presence on the field. Lines up all over the place on offense, U-Back, TE and even a detached WR at times as well. A dominating player in every sense. Really excited to watch and learn more about this young man.  Here is a link to his hudl film: http://www.hudl.com/v/24ZVH5

Nate Maltos – Sunnyside HS 6’0” 170lbs. Class of 2018. A lot of speed from this receiver. Good route runner, with big play ability. Put up great numbers as a sophomore and junior. His film is no longer on hudl, but I have seen junior highlight film and it was great and I have coached against him. He is legit.  Check this out- HUDL Footage

Aledre Bracey – East Valley HS (Spokane) 6’0” 202lbs. Class of 2019. A big running back with great speed and was only a sophomore last season. I was very impressed with this guy’s film. Here is the link to his hudl film: http://www.hudl.com/v/24b6j1

Charles Johnson – Cheney HS 5’8” 163lbs. Class of 2018 (10.60 100m athletic.net). INCREDIBLY fast.  Home Run threat any time he touches the ball. Not afraid to plant his foot and hit it up in the hole and deliver some punishment to the defenders.  Versatile as a receiver as well. I can’t wait to keep an eye on this player throughout the season.  Here is the link to his hudl film: http://www.hudl.com/v/24b8XA

Drezdyn O’Daol – Hanford HS 5’9” 220lbs. Class of 2018. This guy is going to be a nightmare out of the backfield for opposing teams this season.  A bruising, punishing player who looks to pound on opponents. I expect a big season from this guy this year. Here is the link to his hudl film: http://www.hudl.com/v/24b8Yv

Xavier Wicks – Shadle Park HS 5’9” 175lbs. Class of 2018. A powerful runner who is also a threat out of the backfield as a receiver. Runs with authority. No highlight film available.  Check Out His Film

I know I may have missed out on some players for this list because I am just getting started at this and I don’t know who all of you are YET!!! I hope to do a Postseason Top 5 Position List as well. So please feel free to email suggestions of players with links to hudl film to dame22@msn.com . I would love to get to know some of these players on this list better and possibly do interviews with some of you that are listed so feel free to email me with your contact information and 2017 game schedule if you’re interested. Have a great 2017 football season.

Editors Note:  To Our many readers and fans.  The work Coach Walter is doing for the Pacific NW athlete by jumping in and helping me find the next great talents is amazing!  In his 5 articles so far we have seen athletes Hudl Views triple in a few days.  Hundreds of people have shared each story and Coaches at colleges are finding kids they never knew about.  In this day and Age of PAID RECRUITING and SCOUTING services NWPR stands alone as a Free and Independent Voice that will NOT ACCEPT payment to write stories or promote kids (Yes People ask us all the time).

We need a few more former players or Coaches or just flat out Football Lovers – even students – who have an eye for the game and the talented kids that play it to join us.  We want YOU to apply or write us to cover your area or League as a Guest Analyst for NWPR.  The work you do for the kids will change lives and leave you a richer soul as a result!  E mail me at dirkknudsen@gmail.com if you want to jump in and become a contributing member of our all Volunteer staff!

Find The Next Great Recruit

Here is a perfect example of what I am talking about.  Coach Walter covered many players above in his Top 5 Offense list that I did not know about.  I watched each HUDL film and already have some emails to Coahces going out.  In just 1 example of an athlete who can rise up to the top we looked at CJ Johnson out of Cheney HS.  Coach posted that CJ has a 10.60 100 Meter.

Folks that is world class speed.  Charles “CJ” Johnson has a piece of film here that any Coach at the college level will be salivating over.  He is a walking highlight reel but because he is way out East in Cheney or just has not got his break yet his HUDL has 100 views.  I want all of you to Watch and share the terrific work that CJ is doing and see his Wolrd Class speed and Highlight.  He is D1 material- I think perhaps capable of playing at the very highest level and has his best football ahead.

CJ great job!  Every one of the guys in this story is among the best in the game.  ALl of them need our help and your help!

Join NWPR in our Mission!