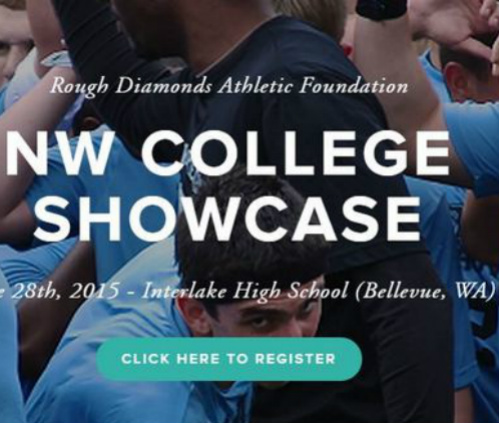 RDAF CAMP NEXT UP – RECRUITS GET THERE

RDAF CAMP NEXT UP – RECRUITS GET THERE

In the wake of the massive NWEFC Camp that saw almost 800 athletes converge on Lynnwood High School we want to comment.  It was big, exciting, and had all the elements we preach in a camp that athletes and parents need to look for in a camp.  The College coaches were there and they were watching.  Was it hard to stand out in that crowd?  Yes.  But the facts are that for a reasonable investment the athletes got the eyeballs of 30 plus college coaches and 5 or more Media outlets including Scout, NWPR, VYPE, NEI, Seattle Times, UTR NW, and more.  Here is the ultimate testimonial.

Cebtral Catholic styud linemen lands an offer from CAL based on his camp Appearance.

Look at her words.

That is a football mom right there who connected with us about 14 months ago on a referral and wanted help with her son Tobe Okafor who was just getting his name out.  (See Toby’s Recruiting Page at our partner site PremierProspect.com – and get yours too!)

We stressed not getting caught up in the HYPE camps and to only put Tobe in a position to impress college coaches. Basically we told her that she needed to get him to camps and events with College Coaches at them.  This is the rule you should all follow.  If you have a combine or event and there are no colleges there make sure you understand what the benefits are, if any, to your attendance.

Now for those of you wanting another shot let me direct you to the Rough Diamonds Athletic Foundation Summer Showcase on June 28th, 2015.  Interlake High School will host an all day format with 4 sessions by position in which 30 plus colleges will come to Bellevue, Washington looking to find athletes to recruit and to offer for the next couple of seasons.  Where the NWEFC camp was the biggest happening this camp will feature a laser focus on the positional sessions.

At the RDAF Summer Showcase you will be with a smaller group of athletes in your declared position for about 90-120 minutes and all will compete in front of all the coaches for that duration.  This is going to mean more eyeballs, more reps, and more opportunity then the NWEFC.  Not a better camp because they are both top-tier.  But a different format.

We will be there in force, this time with our film crew, and want to see you at Camp.  To any Recruit or Athlete out there GET TO THIS CAMP!

Find Out More at RDAFSHOWCASE.COM

Boy look at the Colleges Coming Out!