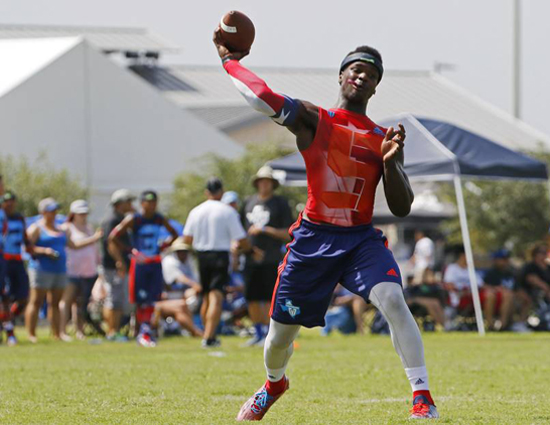 The ban on satellite camps in college football needs to clear one more NCAA threshold next week. It is no slam dunk to sail through, and the debate over the camps has put a spotlight on the NCAA’s new governance structure that has not been flattering.

The Division I Board of Directors does not have to approve the proposed ban passed earlier this month by the Division I Council. It could simply decide to not address the issue on April 28 and the proposal would become effective immediately.

The council, made up mostly of athletic directors, was created during the 2015 NCAA governance restructuring to empower the practitioners and let them have a greater say in creating legislation.

The board is made up of university presidents and chancellors, who have broad powers to weigh in if they see fit. But it’s a more hands-off role. Most of the FBS conferences have a university leader on the board. University of South Carolina President Harris Pastides is the chairman.

“If they do choose to have a discussion about it, they can uphold what’s been done,” Northwestern athletic director and D-I council chairman Jim Phillips said Thursday. “They could potentially ask for more information from the council or the football oversight committee. Or they could potentially table the date that it would be effective.”

The proposed satellite camp ban has been met with criticism and concerns, even from within conferences that voted for it. All the consternation increases the likelihood the board could take action.

“It’s safe to say it’s caused enough conversation out in media that I have to believe the board is going to be well-prepared and well-prepped as they come together next week,” Phillips said.

“I guess you could call it a test, but in some ways the disagreements and the differences of opinions have always been there,” Sankey said Wednesday at the College Football Playoff meetings in Irving, Texas. “The fact that we’re having a lot of finger-pointing, name-calling and hyperbole around that is what’s different here.”

The satellite camp debate has been raging for almost two years now and in many ways it boils down to North vs. South. The Southeastern Conference and Atlantic Coast Conference do not allow their coaches to guest coach at camps for high school prospects on other school’s campuses and want to stop coaches in other conferences from doing it. The practice is not new, but over the last couple of years some coaches— most notably Penn State’s James Franklin and Michigan’s Jim Harbaugh from the Big Ten — have been using satellite camps to lift their school’s presence in the talent-rich Deep South.

Proponents of the camps say they benefit athletes by giving them the opportunity to be seen by coaches from multiple schools at one camp. Supporters also contend they help smaller schools find talent on limited budgets.

The Big Ten and Pac-12 had expected the camp issue to be dealt with as part of a comprehensive overhaul of recruiting by the oversight committee. Instead, the committee was compelled by the SEC and ACC to act on the camps alone.

The Big Ten turned out to be the only Power Five conference in the D-I Council to oppose the ban. The Pac-12 intended to vote against the ban, but its council rep, UCLA athletic director Dan Guerrero, voted for it. In an email to his conference colleagues that was provided to the AP by a university spokesman Wednesday night, Guerrero explained that when he realized a ban was likely to pass, he voted for the proposal that was less harmful to the Pac-12.

Opinions on satellite camps in the Big 12, where some schools have been holding them closer to home, are varied. Even in the SEC, Mississippi coach Hugh Freeze said he thought maybe the ban went too far in not allowing coaches from Sun Belt schools, where he once worked, to guest coach on SEC campuses. The Sun Belt voted for the ban, despite many of its members being proponents of satellite camps.

The satellite camp issue has played out awkwardly in public, but Phillips said that should not reflect poorly on the new structure.

“What it’s proven to me is we have been responsive to issues that are in real time,” Phillips said. “So we haven’t waited a year to have this conversation. It was dealt with immediately. “Fundamentally, I don’t at all see in any way that the government structure isn’t working.”