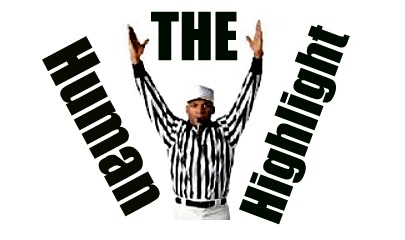 Alex Weber is a big time prospect. With a few smaller schools having offered him getting his film out early is going to be a big tool in gathering additional offers!

It was not too long ago that getting film together took months to do just because the technology was a jumbled maze of VHS, DVD, and other various formats that had to be gathered and then it took weeks to edit it and put it into a viewable format.  Thanks to Hudl and folks like them that is all a thing of the past.  Most teams have their game film from Friday Night up on the web in time for the kids to watch it by Saturday afternoon.  Some even sooner.

Alex Weber is a linebacker at Chiawana and has already sent out his game #1 highlights.

Beyond negotiating the few things one has to learn to use Hudl a college prospect can have meaningful game highlights up by the early part of the following week if not the end of the weeekend .  Coaches can help but really it is something the kids and sometimes parents can do.  Those that get it done early and learn to take advantage of it can get a jump on other recruits if they have something great to talk about.

Chiawana High School out in Pasco, Washington is home to a lot of good players.  One of them is Alex Weber.  This weekend he was the first one of the hundreds of kids we cover to send us his highlights.  He had it to us by Saturday afternoon.  And Alex had a lot of highlights to sort through.  So we reviewed them and it is clear this will be a help to the Honors Student as it shows off his new size and speed.  Schools like Stanford may well take a shot at a kid like this.  And having his film out early each game helps a lot.  He is now ready to move on to Game #2 with all of his film from Game #1 handled.

Many schools are telling kids to get mid season or a 3 to 4 game highlight to them for consideration.  And updating it at that time is great; but if you wait for week 3 or 4 it will become an onerous process.  A process that a decade of doing this work tells us will become too much and will not get done a good percentage of the time.  By using HUDL to mark his best plays as he watches the game film Alex is going to only need a few minutes to create his 3 game montage when the time comes.

The technology is there guys.  It’s time to start using it to it’s full effect, intent, and purpose!

Great Film Alex –  Guys good luck and let us know what we can do to help!