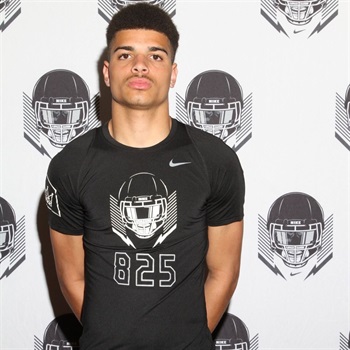 Back on the recruiting trail, we have been hearing from a number of the Regions best recruits.  Many of the top dogs decided to take advantage of the early signing day which was December 20th.  Most of the Class of 2018 did not sign and with National Letter of Intent period starting in a little more than 2 weeks, almost anything can happen.

Here are a few of the verbals commits that have been made this past week.

Freddie Roberson of  Ranier Beach is going to be an EWU Eagle.  This young star has speed and talent to burn and the Eagles land another star.  Could he be the next blue-chip star from Cheney?   Maybe so!

Hunter Wendling over at Stadium High School made such a difference to his school that he started 4 years and made the team a winner.  Hunter is considered the real deal and he is heading to an Ivy League school to make his future happen.  This is an excellent outcome.  Great job Hunter!

Big man Kendall Williams out of Ranier Beach is making his future at Arizona Western JC. From there we predict even Alabama is an option- Let’s go Kendall!

Rober Mason III – Graham Kapowsin HS (WA)  was one of the best athletes all around anywhere in the West this season.   He has a plan and announced it in this post.

DaVicious Wilson is the 3rd Wilson brother to have come into the college ranks the past few years and boy can he play.  The Bothell HS (WA) standout has a home for the future and it appears #CWU is just incredibly strong already; this is only going to help!

Alex Pastrana out of West Seattle HS is heading to McMinnville to get in on the party.  The Cats sure WIN a lot of football and are the stuff of legends.  This is a nice fit for a great athlete.

Excited to announce my commitment to play football next year at Linfield College! #FeedTheStreak #RollCats pic.twitter.com/hHTEGJIZiv

Stiles Satterlee of Bellevue High has found a home.  The talents RB/LB is headed to Claremont McKenna.  That is a great place to play ball and attend school.

Beyond blessed and excited to announce my commitment to further my education and play football at Claremont Mckenna #GoStags pic.twitter.com/9VTYbLYhav

Another Wolverine, Mitchell Sturgill, is headed to the Ivy League to get after it. We love Mitchell and his skill set. Here is a young man on the rise who can make a huge impact at the next level.

Beyond blessed and excited to announce my commitment to play Division 1 Ivy League football at Columbia University! #L18nsEmpire #GoLions 🦁💠 pic.twitter.com/jSOJWMaABF

Other top NW Recruits are landing some last minute offers.   Isaiah Ifanse of Bellevue (WA) has landed several offers in the past week or two and he is heading to Montana State for an Official Visit this week. Best wishes to him as he has been on the top of our sleeper recruit list for some time!

Auburn Riverside’s Jaden Robinson who can flat out fly has landed an offer from the PSU Vikings and this might be a perfect Match! This is a great athlete and PSU knows what they are doing – trust us. We will follow this one.

Thankful to have received an offer from Portland State University. #GoViks pic.twitter.com/XGQ6gNa7sK

QB Teryn Berry out of Redmond HS (WA) is having an in-home visit with Weber State. He might be their future gunslinger and boy oh boy can he sling it! Best of luck to Teryn whatever happens.

Last guy for tonight’s Update is David Douglas (OR) High School DB / WR Jaydin Proctor. Jaydin is 6’3″ and 205 lbs and a stand out player. He is receiving calls and offers to be a Preferred Walk-On at some of the Nations best schools and is balancing that with offers with scholarship money from WOU, SOU, and CWU. He is a valuable player and we expect good things wherever he goes. Catch his Profile here-