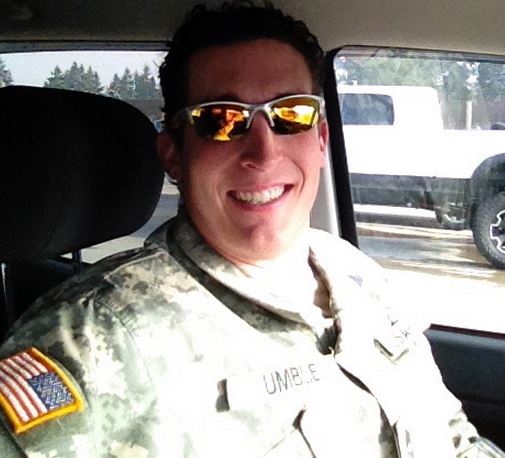 Did you hear the one about the 36 year old Green Beret who is retiring to play College Football? Read this and you will have.

A few Years Back….what a day in the life of a Green Beret could be like

It was not far to the next town and he was no stranger to gun fire or the Afghanistan heat.  Being a Green Beret always meant being on the edge of the nastiest situations and a daily risk of loosing an arm or a leg.  Worse yet a member of the squad.  Being an 18 Charlie in the Army was not what he had started out to be but it was what in fact he had become. Blowing up the enemies ammo dumps or munition storage was one way to keep the people caught in the middle safe and his team too.  That also meant he might not come back.

This day was typical.  Get his 12 man team supplied with all of their munitions from small arms to RPG’s and the other real heavy stuff.  After that was done he’d be responsible for developing mapping and plans to carry out a hostage rescue and it was going to be hot.  A group of the al-Qaeda backed by the Taliban had civilian hostages in an old market in the Center of the now war torn town.  Get in.  Neutralize the threat and free the hostages.  Lucky for them all the day was won and everyone including the hostages came home.

Casualties were not something he looked forward too but they happened often.  But for Nick Umble they had not happened to anyone of the men in is 12 man team. Not this tour nor on any of the other tours he had made.

“Nick I’m never leaving your unit,” a weary team mate said.  “When your on the job we all make it back.”

Editor’s Note- this passage is a hypothetical but typical story.  The statement made about Nick being a lucky charm is fact.

In the April of 2016 Nick Umble, a Green Beret, will complete 20 years in the Army.  Most of those years have been spent in the Special Forces as a Charlie 18; an engineer. Now before you jump to conclusions and have some vision of a nerdy guy with a clip board and combat fatigues think again.  The position calls for the widest variety of training.  Not only do you have to become an expert at bridge building and all things engineering related you also have to become a master at demolitions; both blowing things up and disarming things that blow other things up!  Add to that heavy armaments, complex mapping, technical skills, and supply mastery and your looking at a guy any unit must to survive.

Nick Umble of Puyallup is on the verge of retiring from the Army Special Forces but football may well be in his future.

In his 20 years Nick has done two tours in Afghanistan, two in Iraq, one in the Philippines, time in Okinawa and a whole lot more places.  This proud Green Beret is one of a small percentage of Army soldiers who every earn the title.  It takes years of training and special aptitudes and abilities to even make it and most entrants drop out in the first two.

It is a brutal journey to earn that green hat and one has to be 1/2 crazy and half super man to make it.  This is why that Green Beret or “Special Forces” name brand makes the ears perk up on most everyone that hears them.  This is the guy you want on your side when the “you know what” hits the fan.

In 1999 Umble graduated from tiny Meidapolis High School where he played football… sort of.

“I will be the first to admit that I just did not care if I was on that field or not.  It did not matter to me either way and I never applied myself.  No one in the family encouraged or pushed me so I was not serious about it,” said the Iowa farm boy Umble who remembers playing offensive line at 6’2″- 195 lbs.

“I was soft and ambivalent.  That kid that really is not ever going to impress the coaches so he never plays,” he added in his no gruff but quick witted voice. “My Coach would choke if you told him I went on to be a Green Beret let along was planning on coming back to play collegiate ball.”

On April 1st, 2016 he will officially leave the Army despite being offered a $120,000 bonus to stay and go into recruiting for the next 5 years.  He is done folks and can retire.  But is he going to?

“The last couple of years in the Army I have been training with some guys who train NCAA football players.  This has been a real eye opener for me as the last 20 years I have mostly been doing push ups, pull ups, sit ups, and running.  The Army relies on those core exercises and for a combat ready soldier they make the most sense,” opined Umble.  “This new training has opened up my mind and for sure I am now stronger and more physical then I have ever been.”

It was during this training that Nick began to think about an improbable return to football.  The game he gave no effort towards  as a boy was starting to haunt his thoughts as a man. His trainers suggested he pursue long snapping given the fact he might be 38 before he sees the collegiate field in the Fall of 2016.  It made sense to him so he began to look into it studying tape and film and all sorts of You Tube Video’s on how to become a long snapper.  He was linked up with a trainer in Texas who is one of the best in the world and Nick was planning to fly down and train on weekends with him.  Then he decided to ask the strength trainers and they mentioned they knew a great coach for the position, Matt Wigley who was right in Seattle.

“I was like “Wow” there is a guy right here?  I found Matt, did a trial workout, and it has been non-stop ever since.”

We caught up to Wigley who we already know through his special teams coaching work  as a high caliber Coach and person.

He offered this. “Nick has a great opportunity here.  He learns quickly and he is zipping that ball already.  Given a little more work he can play collegiate ball.  No one I have worked with has more drive and given his size he can long snap. I also feel he can be terrific in the Field Goal snappers spot because he is tough as nails and big enough to handle those interior linemen who will crash down on him.”

Umble is now driven by the story of Nate Boyer, former Green Beret turned Texas Longhorn who did it.  That and one of his Superiors in the Army telling him he “won’t make it”.

“To be clear this has turned into me wanting to prove the doubters wrong.  This is all about how bad I want this,” he added.  “I have the will power and force and drive to make this a reality if I want.  So right now this is what I am going to do.”

Wigley has produce this tape for Nick and this is two weeks into training after having never snapped.

Nick is a huge Oregon fan and he believes he could walk on and earn a spot.  Then the news came that Lindenwood Belleville has offered him a spot at the NAIA level; an offer that Coach Wigley worked out.  If he gets scholarship money great.  If he doesn’t he will be just fine as the Army is going to pay for him to go and get a degree which is his #1 priority.

“I’m a careful planner and I already have this all planned out.  I will get serious credits for my work in the Army and will most likely finish my Bachelors in 2 and 1/2 years.  Then I am going to go for my Masters in Business. Think about it.  I want to work but who is going to hire a highly trained killer?  Many of my good friends have retired young and many of them are buried in Arlington National Cemetery.  You stay in as long as I have and you bet it can be hard to get up in the mornings but I keep doing it and once I get going I am great.  I want to learn and go on to succeed in Career #2.  Football can be a part of that as well now so I am excited and driven to make it all happen.”

Education is #1.  Proving the doubters wrong is #2 because when he is told he can not do something this guys belly fires way up!  Lastly he has made this a personal goal.  And that is all he needs to make this happen.

“I have been in blistering heat and sand and been shot at and nearly blown up for 20 years.  It seems to me that College Football is going to be tough but not much tougher then that,” he concluded.

Nick Umble loves the Ducks, has season tickets, and would love to play there. Having said that the big man is open to all options.

Nick Umble is leaving major money on the table by leaving the Army early.  He has a daughter and owns a house.  His preference is to stay fairly close to the Eastern part of Washington where his daughter is but he is open to all opportunities and all levels.  His gut is telling him to find a school with a good degree program, get on the field, and play.  He does not want to be a practice squad guy who gets to brag about having a jersey.  He wants action, to be the “tip of the spear” as he said it.

Nick sends his highest recommendation to his Trainer and Coach Matt Wigley and said he has rarely worked with someone this dedicated.  He plans to stay with Wigley the entire run.

Would you expect any less from one of our Nation’s finest?

Sargeant Nick Umble we are all with you on this effort and wish your God Speed.

Nick Umble will be providing us regular updates in this story and may be reached at nickumble@icloud.com.