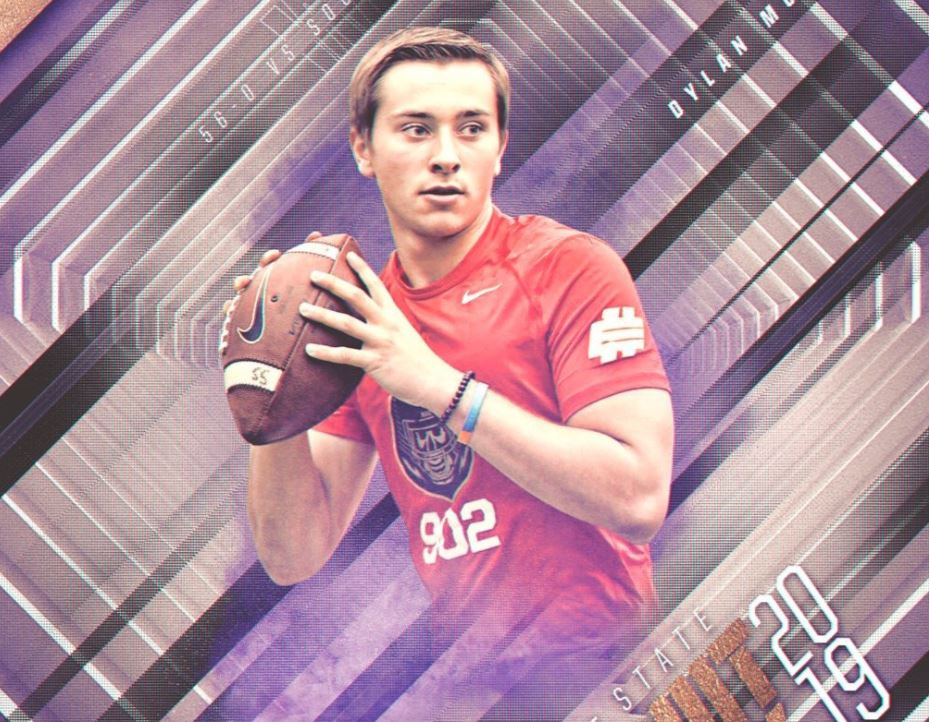 316
SHARES
ShareTweet
Get The Latest

By now everyone in the West should know the name Dylan Morris.  The Junior gunslinger, already committed to the University of Washington, is a 4 Star QB and rated amongst the Nations best for his class.  He continues to get better and clearly leads the Graham-Kapowsin Eagles on the field.  The best football minds I know, especially the QB Gurus, have confided in me that Morris has the makings of the next Aaron Rogers. With the game on the line Friday night against the #2 Sumner Spartans he fit the illustrious bill, he played the part of QB hero and game winner.  As time was running out Morris led the team up the field and hit Tre Mason III with a 3-yard laser to go up  34-28.  The GK defense took care of the rest stopping Sumner from scoring to end the game.  Last year in the playoffs this same scenario played out with Connor Wedington pulling off the miraculous play, an 87-yard kick return, to win the game for Sumner as time ran out.

So we have Morris, a true superstar, in this game making that throw to win.  Let me add this is one of the humblest kids I have met and he does not seem to try and gain any attention for himself.  He simply does the work and is doing it in a way that few ever have or could.

Having said all of that a review of the film below, produced by our buddy James at NW Ballers, shows the other side of the story.  Every pass on film that Dylan throws is a total laser beam.  Some are a bit high or in a spot where only the best receiver could grab them.  I want to give full credit to Tre Mason III (11 catches for 154 yards, 1 TD), Eython Daugherty (6 for 73 yards), Tyler Wheeler (5 for 79, 1 TD) and Malakai Roberson (4 for 49).  A QB is only as good as the hands of his receivers and their ability to run routes and finish.  These guys are making his job easy and his team a winner.  The number of these catches that had a small window and required acrobatic moves was notable.  These young men are among the best receivers in the NW and without them, GK would not be as successful as they are.

Now no team can sit back and spray the ball all over the field and win.  A ground game and a damn good running back or two is a must to go all the way.  GK has that covered too.  Micah Smith, who is scary good, blasted his way to 105 yards and 2 TDs on 20 carries.  Aaron Olmos had 5 carries for 25 yards and Viliami Hansen went 5 for 24 and a TD.  All this work sealed the game in a balanced offensive show!

The offensive line appears to be giving Morris enough time to throw and he does not need much.  Beyond his obvious cannon-arm is his ability to read the field and make reads.  The kids head is a supercomputer and perhaps his best asset.  His line is going to take care of him and all know what it takes to protect the team and post the W’s.

Before I go let me give Morris his props, he was stunning.  Truly stunning.

Sumner played very very well but this year GK got revenge.  I have a funny feeling we have not seen the end of this story!