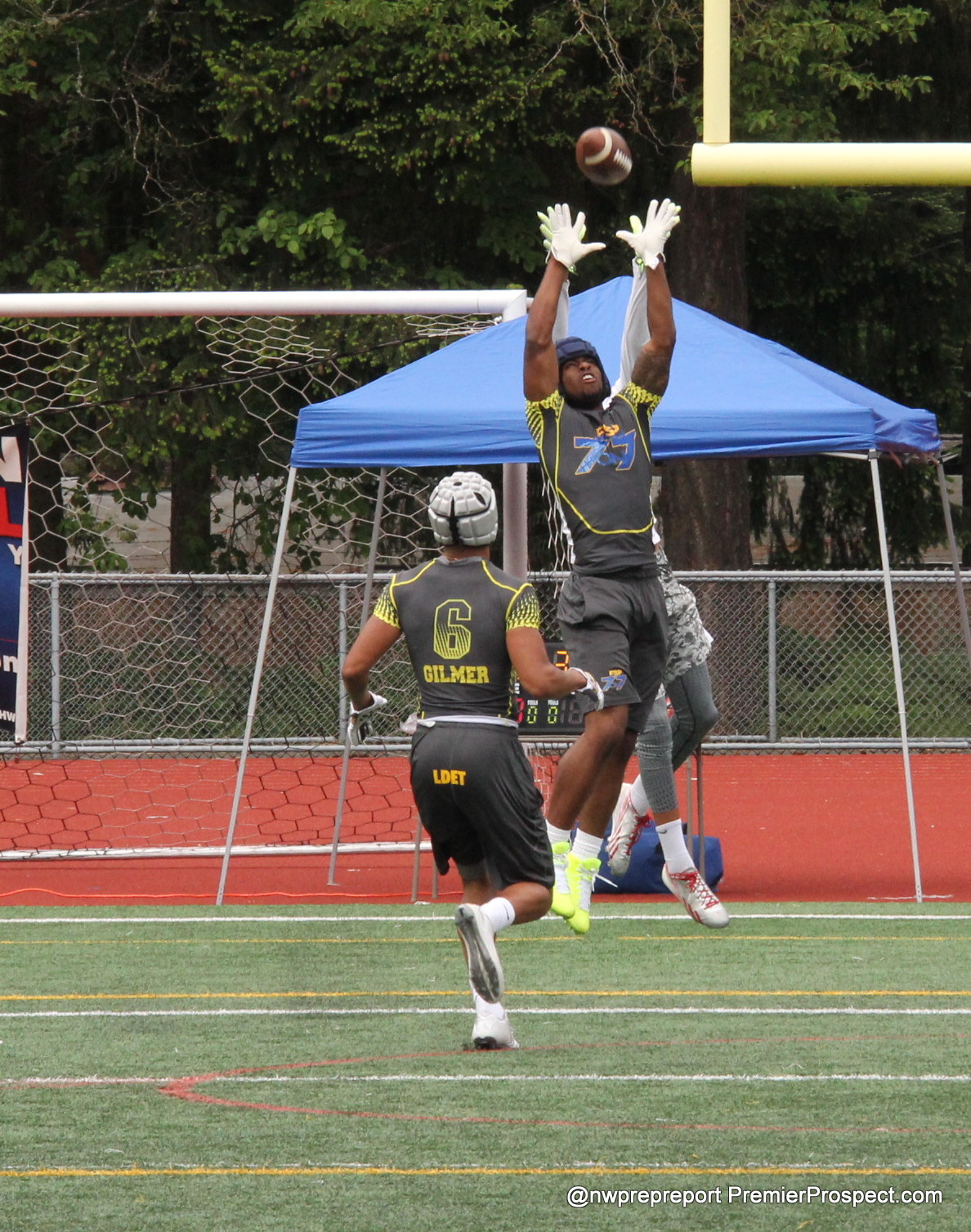 It was a wild day for us Sunday as we made a mad dash up I-5 from Portland to Bellevue and covered 6 hours straight of football at the Battle for Seattle.  No time for food or a break – Up – Scramble – back.  Even got popped for a ticket by a nice Washington State trooper on the way home South of Olympia where he said the I-5 had changed to 60 MPH even if I did not know it.

Defender in front is Salvon Ahmed and behind him is Samori Toure who actually caught this ball for a TD.

12 Teams came and ground it out just as much as we did and in the end it was in fact Teamwork and not Star Power that won the day.  Ford Sports Performance and Barton Football Academy both fielded teams that featured more kids with big time offers then you can count on both hands. None the less a crew from Gig Harbor of 100% local grown talent came and carried off the trophy for the second year straight.

Look for a ton of coverage this week but right now here are a number of links for you all to follow for pics and film- it was a wild and fun day and we are trying to take just a little time off this afternoon .  Here is what we have so far.