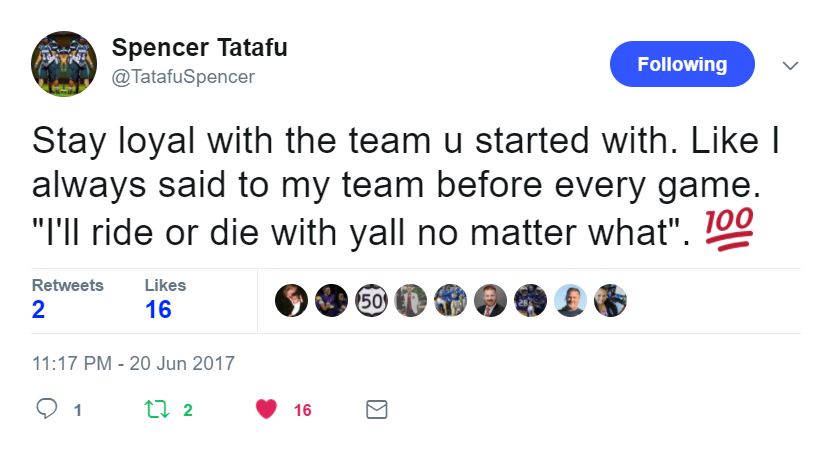 208
SHARES
ShareTweet
Get The Latest

Transfer Epidemic Divides High School Football   If there is one thing that seems to be on the minds and lips of everyone in High School football these days it is Transfers. Not too many years we would occasional note a meaningful transfer from out of town.  Now it seems the norm to expect a migration of talented players from perennial losing programs to powerhouse schools.

In my 16 years of writing the “private vs public” school debate has been hashed out over and over.  No doubt the Catholic and private schools are loaded with talent, kids who were produced by local programs and who moved from the public to the private side.  That is nothing new.

Enter 7 on 7 offseason football with traveling teams.  Take those boys and let them bond in the offseason and what you will find is that many of them are now more aligned with their new friends than their old teams.  Same applies to specialty trainers and the guys who work out with them.

This is not an indictment of all private training programs, but the brush I describe paints many of them.

HIGH SCHOOL FOOTBALL TRANSFER EPIDEMIC POLL- Do You believe transfers for Football are a problem? Should we allow them? Regulate? #VOTENOW

It takes no imagination and even less time to see that many of the top talents in the country are moving programs to schools where the offseason influence is strongest.  That happens in a number of ways.  A school with affluent boosters will often have people right in the middle of an off-season recruitment.  Facts are that everyone wants to win and places with affluent parents have more kids in traveling squads and offseason camps.

Please understand me here, this is not the Coaches at the High Schools doing this.  They may have knowledge of these undue influences but all but a bold few either decry this practice or stay out of it.  Parents and private coaches and recruiting agents, however, are the catalyst for transfers.

As I write this some of the best athletes in the Class of 2018 are being housed in homes that are not their own, in districts they are not from. They are hired guns if you will, who are brought in under the guise of a “better fit” or “school choice” for the kid.  While I get that and have seen it first hand I can tell you that is not the real reason.

High School basketball in my view was ruined many years ago as a result of the AAU offseason explosion.  So many basketball powerhouses are loaded with imported talent and Championship teams often lack the hometown appeal as a result.  Football, via 7 on 7, is now slotted to be in this same outcome within a few years.

This season we are going to hear a LOT about this issue.  Transfers are being reported all over the NW with some teams having as many as 5 to 10 transfers.  We will struggle as a football community with this for years to come.  The time will come, I believe, where a private league will develop and our public schools will change and be diminished.  With big money programs like IMG leading this epidemic Nationally, it is only a matter of time.

So what are the reasons for a parent or athlete to seek a transfer?  Here are a few reasons for transferring in no particular order.

Is there anything wrong with transferring?

This is a matter of opinion.  In my humble opinion that depends.  Here is my simple test.  If the athlete can honestly say

Here is my simple test.  If the athlete can honestly say that no one mentioned it, asked him, nor had any influence on the matter, then I say it is fine provided the family moves into the district and all applicable rules are met.

But if the athlete was asked by anyone, openly recruited and courted, or is subverting the process and using false addresses or pretending to be living with someone, then I say that athlete and that program is subject to sanctions.  .

The fabric of our very system is being unraveled as we speak and I for one do not like it and will not support it.  I will be clear here, if you are a talented athlete and transfer, I am still going to cover you and you will receive my fair analysis.  But do not expect me to go out of my way more than I will for the guys who are staying home with their boys.

We asked our Twitter followers what they thought about this.  Is the transfer epidemic a problem?  Does it matter?  And what if we let kids move wherever they want but had a 1 year period that they must sit out?  Well, almost 65% wanted it stopped or a 1-year restriction, 29% think it’s ok and that we should open it up, and 9% are undecided. One top 2018 recruit is Spencer Tatafu of Parkrose High School in Portland, Oregon.    He stole the show at May Madness and the NW Best Showcase this month.  No surprise that the 6’2″- 240 lb speed rusher was courted to move by various people within the football community.  Rumors swirled that he was leaving for nearby Madison or a powerhouse like West Linn but Tatafu declared his “ride or die” pledge to his Broncos on Twitter. This underlines one of the themes running through this transfer epidemic.  It is unstated for the most part but we all get it.  If you leave your team you are a traitor and a sell-out.  That feeling and sentiment will always be there.

Before you attack me for speaking the truth and touching on yet another sensitive issue please understand we lived this.  My middle son, who was a decent player, was asked by a couple of Head Coaches at camps to move (jokingly – but not) to their schools.  We almost moved him his Junior season to a better school in our league because we felt they had better coaching.  They did have better coaching, but he would not leave his guys in the end.  In fact he never really considered it- just his big-timer Dad did.  As it turned out staying was the best thing that ever happened in many ways.

While I am a “ride or die” guy first and love Spencer for his position I understand you players who are moving.  It is you private trainers, boosters, and coaches I have issues with.  You have your reasons but you do not know what is best for the kids.  You want to win and are willing to risk it all for that,  including the Friday Night experience.  I ask you to stop and think and be ready to be held accountable for these sort of actions.

Solutions to Allow Transfers with Controls

A lot of solutions have been looked at and many were suggested in the Twitter Poll.   One we loved was offered by Coach Dan Teeter of Lakewood High School which would allow transfers with no wait if both Coaches from both schools sign off on the transfer.  If not then the athlete would face a 1-year no-Varsity rule. What is your solutions?  What do you think?  Vote in the Poll Here.

Join Us in the forums here to debate this issue further!