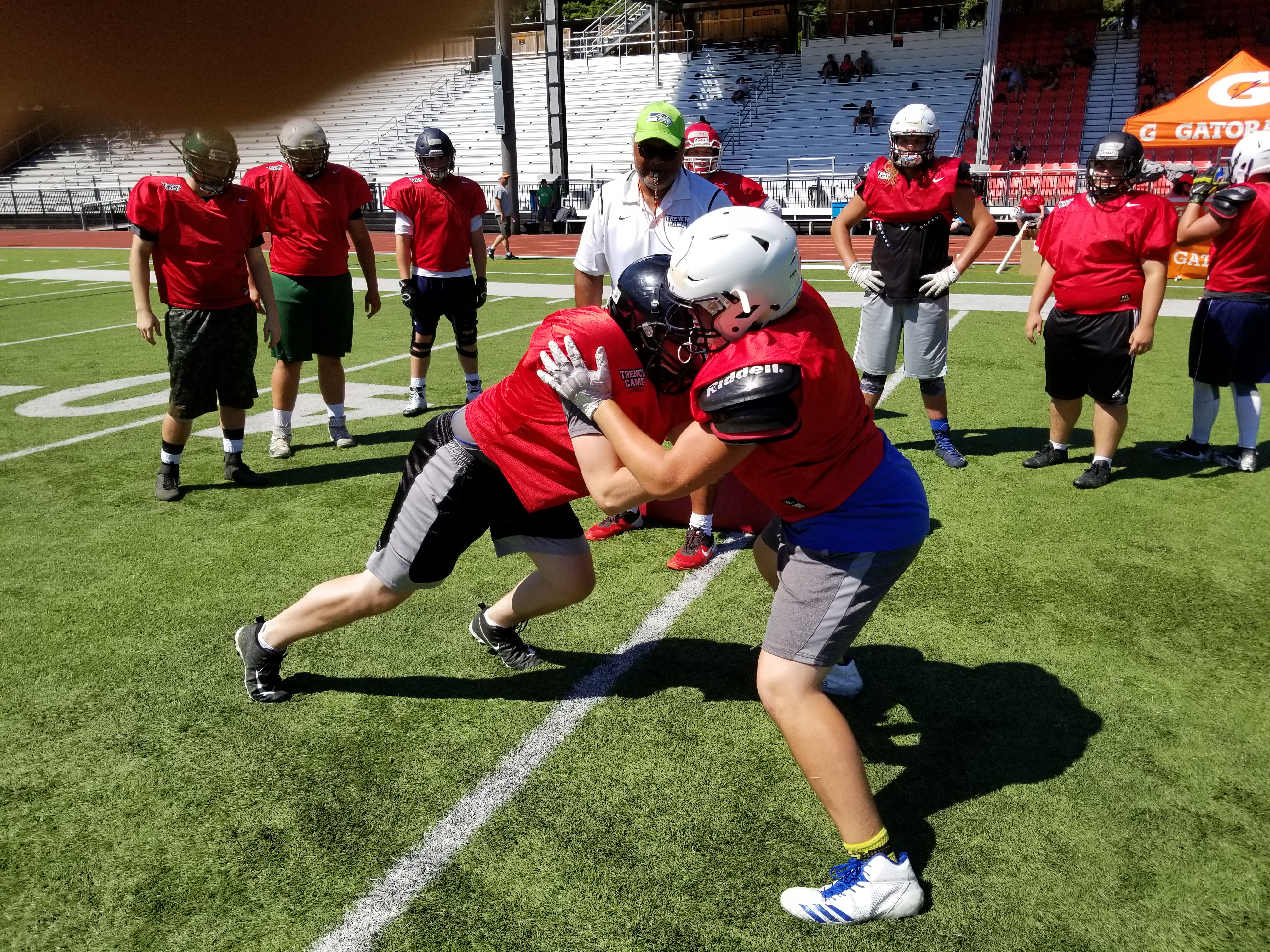 198
SHARES
ShareTweet
Get The Latest

Editors Note:  The Trench Camp is a 3-day linemen camp that is at the pinnacle of any linemen’s camp in the country.  To see NFL All-Pro Linemen coaching every camper at every skill set over the years I have attended has been outstanding.  The way the coaches teach is awesome with techniques taught followed by 1-1 repetitions.  The kids progressively work on all aspects of the game on both sides of the ball and that is also something that stands out to me.  No one can ever say they reached a higher level of our game than Coach Brock, his brothers, or the rest of these trench stars.  These are the men we all watched play for decades and to be among them is an honor.  I can not give any camp a higher recommendation and those of you that know me realize how rarely I endorse a camp on that level.

(Portland, OR) From its humble beginnings back in 2011 with only 70 participants, Trench Camp is now entering its 8 th year and expects close to 200 kids at its 2019 Portland camp. Trench Camp brings together former NFL legends like Stan Brock (Trench Camp Founder), his
brother Willie, Manu Tuiasosopo, Kevin Gogan, Jeff Pahukoa, Neil Elshire, Kimo Von Oelhoffen, Matt Brock, Mark Asper, and others to teach high school linemen the attitude and technique needed to take their game to the next level. “I coached at a lot of camps after my 16-year NFL career ended,” says Brock, “and I noticed two
things. First, it seemed that many of these camps weren’t interested in teaching at all but only
making a buck. And second, there were hardly any camps for the guys in the trenches, the
offensive, and defensive linemen.”

According to Brock, Trench Camp is the preeminent linemen camp in the nation and kids from
all across the nation converge on Portland to improve their skills. “Our camps feature more former NFL linemen than any other camp in the country,” says Brock, “and we’re seeing kids come from as far away as California, Utah, Texas, Georgia, Montana, South Dakota and even Canada to learn from the very best.”

Again, Trench Camp takes place from July 12-14 at Lewis & Clark College. For more information
or to register from the camp, go to www.trenchcamp.com
Contact: Shaun Minton (916) 642-6986