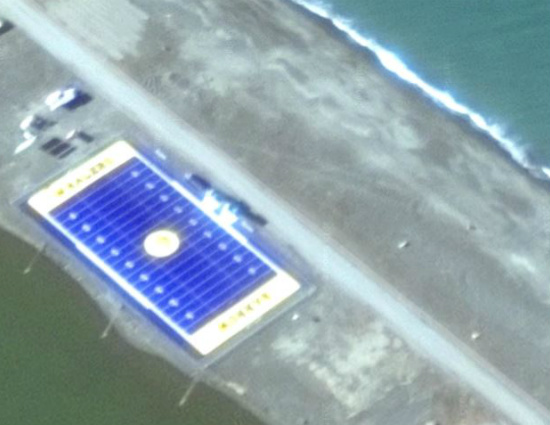 NWPR has covered several athletes from Alaska over the past few years.  We have battled against them and together with them at the Tanoa Bowl in Seattle and have helped a few athletes from up North to gain access to college.  When I saw these pictures coming back onto the internet I was reminded of the story of the Barrows Whalers- a school 2,000 miles North of Seattle.  Imagine a place so barren and so small that few will ever go there.  Polar Bears roam the wire fences when the season is not in session.  Barrows is so far North that trees are non-existent and they place is North of Iceland on a globe.

Barrows High School went without football for years and the drop out rate was at 50% or more.  That was the case until a woman named Cathy Parker from Florida heard about the schools and the kids desire to have a field where they could compete.  She knew she was being called to help so she sat down and began fundraising and did not stop until she had enough to get the field installed.  The goal is to get the kids invested and give them a reason to care.  That they are doing.

Now considered one of the most picturesque stadiums in the world Barrows Whaler’s Stadium and Cathy Parker field is a testament to what Cathy and the Whalers have done.  Alasaka is part of the Pacific NW in our view and we will do all we can to support the kids and coaches up there.  This is a program worth a mention- a big time mention!

Here is a story we just picked up- apparently the NFL is developing a reality show on the team and that is great.  Let’s just hope that their reasons are pure.  Lots of bad press these days for the NFL and they need some good stories.  Good luck to all the boys up there and big props to Cathy Parker for what she did!  What an amazing place to see a football field.  Truly special!