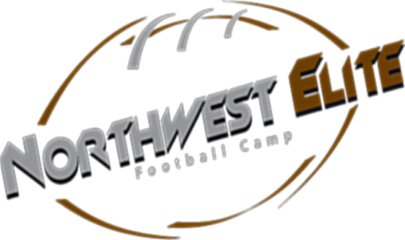 Hard to believe that passing leagues have already started up. Or at least they are getting ready. The #1 trusted private football camp Group in the Region has set up a Winter passing league and have invited teams from all over to form up and compete in their events.

Hard to believe that passing leagues have already started up.  Or at least they are getting ready.   The #1 trusted private football camp Group in the Region has set up a Winter passing league and have invited teams from all over to form up and compete in their events.

I am speaking about Cole Morgan and his partner Eddie Behringer.

The two young guns and former Ballard HS greats who went on to play football in the State of Washington in College and come back to help the young kids from the Evergreen State.   No one else is doing what they do the way they do it.

Now they are organizing a 7 on 7 passing league which starts February 9th, 2013 at Juanita High School.   This is the group we endorse with 2 Thumbs Up and 5 Stars as they have committed to not come after the kids for paid Recruiting Services and they have the highest standards we have seen in terms of player safety, ethics, and overall concern for the athletes.

Sweeping the Nation the 7 on 7 Craze is all readt going in Seattle.

Morgan and Behringer are from Washington and really epitomize the best qualities parents and coaches want to see in guys who are mentoring their young people.  You could say they are the most connected and vested to the kids of Washington because that is exactly who they are and what made them so successful.

And remember folks the WIAA will not allow our High School Coaches to work with their kids in the off season.   With Football moving to a year around sport for many that has left kids and families scrambling looking for options.  And the K-12 football world is full of some good people but just as many who are not doing things the right way.

If it is any comfort to you Coaches and Parents out there these guys have been doing ti right and we watch them carefully.

One group who is seeking additional players for their squads to compete in the League set up by NorthwestEliteSports is the staff at Score 6 Qb Academy.  Led by SEC QB and  skill Coach Ryan Hockman the Score 6 group is filling out two teams to compete in the league.

Hockman has done a great job developing Puget Sound area skill players the past few years and is someone to work closely with if you are looking for some real one to one attention.  We have been very impressed with he and his staff.

SIGN UP FOR THE SCORE 6 7 on 7 Try outs which are this weekend by Clicking Here!

The value is a terrific one for what you would get and includes 7 practices and skill work and 6 games.  So this group gets 2 Thumbs Up!!

For Other Coaches and teams here is the info on the League and how you can get involved!

Register Team With $50 Team Deposit. Remainder of Team Fee Can Be Paid Via Check or Completed Online. (Processing Fee Only Applies to Full Team Payments Made Online.

Register as Free Agent and get Placed on NW Elite Renegade Team (Want to be placed on a team with your teammates. No Problem!) Visit For List of Top Level Coaches: www.nwelitesports.com/staff