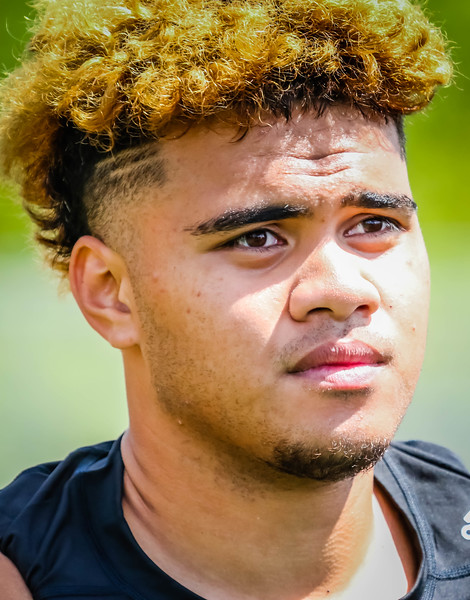 525
SHARES
ShareTweet
Get The Latest

Back on the trail of the recruits we really want to get behind is a young man from Union High School in Camas, Washington.  We watched him dominate in 3 camps this offseason and believe this year is when all the talent and skill will burst onto the scene for Zion Fa’aopega.

The 6’4″ – 245 pound edge rusher reminds me so much of Marcell Frazier (Davis Douglas- Missou) and Samson Ebukam (David Douglas-EWU-LA Rams).  Both later bloomers.  Both long and fast and mean on the field. He has lookers- just no major offers.  If this incredible talent he has is unleashed on the field early this season it is clear that he will gain some offers.  His film is good but it does not showcase the great skill sets he has assembled.  We believe that 10-15 great plays from games 1-3 will be a good calling card for him.

His size and heart and ability are all D-1.  It could be that Portland State will move first or EWU where Ebukam was showcased- Oregon State likes him too.  All he needs is 1 shot.  That is all any of these kids need.  Again the level is not important.

“Team is looking good, got some stuff to clean up on offensively and defensively but the talent is there for sure, we need to put it all together and stay humble,” said Zion as we spoke about his season and how things are looking.

He continued, “We have a big year coming up!  Schools talking to me  are Fresno State , Oregon State for sure, Portland State, and EWU.”

This season we look for Zion to attack and to go after the Football, QBs in the GSHL are going to need to keep an eye out both ear holes and off their 6 too.

Coaches here is One-  a difference maker eager to give your school all he has. What he has is substantial indeed.